Welcome to The BBHQ Midweek News Round-Up ~ Blooming Marvellous & Relaxing By The Pond, Relaxing On The Sofa with Pandora, Fudge and Melvyn AND Sewing with Sauce

Well, the Jubilee has been and gone, and the flags and bunting have been taken down at BBHQ, although we do like the blog header and think we may leave it in place for the rest of the month.

It was lovely to see all the different events happening on the TV. Though it was sad that it rained buckets on Sunday, but the street pawty in Mewton-Clawson still went ahead, although there were lots of pop up gazebos everywhere, and by all indications everyone had a pawesome time.

Blooming Marvellous & Relaxing By The Pond

The weather has been a little hit and miss recently, typically British! MOL

The flowers in the garden are blooming beautifully, and we wanted to share this beauty with mew today.

This rose is really rather special; it is named after the P.A.'s cousin's daughter and was created after she lost her battle with cancer at just 18 years old a few years ago. 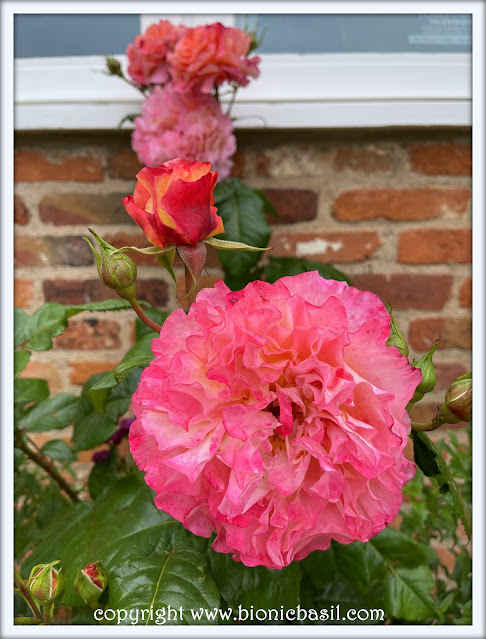 This beautiful rose grows by the door and although in one way is it rather sad, the P.A. loves to see it in full bloom, and she always tells the rose that it's looking blooming marvellous. 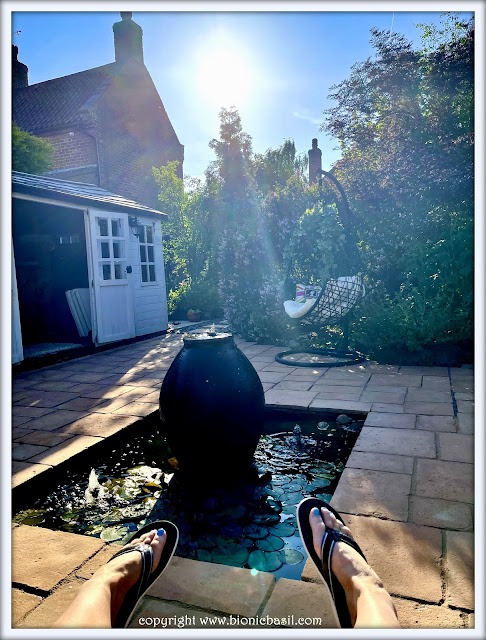 And speaking of the P.A., here's an extremely rare glimpse of her relaxing by the pond, this doesn't happen often and we've noted the date and time on the calendar! MOL  As normally any time spent in the garden is usually with a trowel or other gardening implement in hand as there's always a job which needs doing.

And yes, it really is as tranquil as it looks, we are truly blessed to have such a lovely garden.

Meanwhile indoors, this was happening

Relaxing On The Sofa with Pandora, Fudge and Melvyn.

And while the P.A. was relaxing by the pond, Pandora, Fudge and Melvyn were taking it easy in the sitting room watching a little bit of BBHQ Bird TV on Youtube. 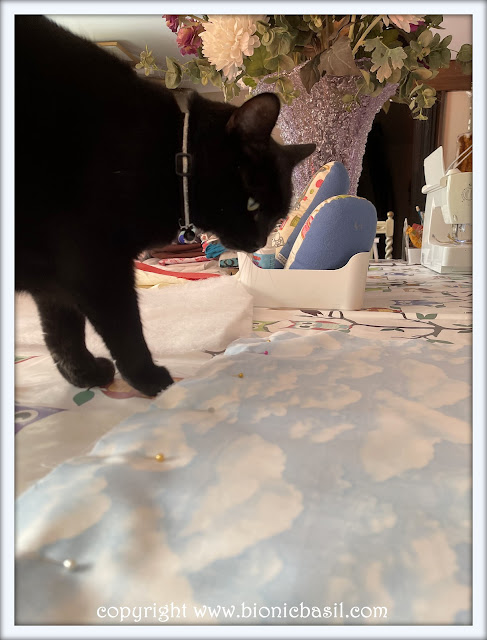 Parsley Sauce was on paw as chief snoopervisor in the craft room this week when a couple more snuggle mats were being made, he loves testing them and checking the quality.

He takes his work furry seriously, just look how he casts his expert eye over the current project to make sure it's all ok, he's such a purrfectionist! MOL

Copper Meditation Pyramid Update
The P.A. purrchased a huge, round mandala cushion for her copper pyramid, and after she stuffed it the other day Smooch was furst on paw to test out the comfort factor, typical Smooch.
Then the P.A. had to quickly remove it off the floor, just in case he was suddenly offended by its presence and decided to widdle on it! 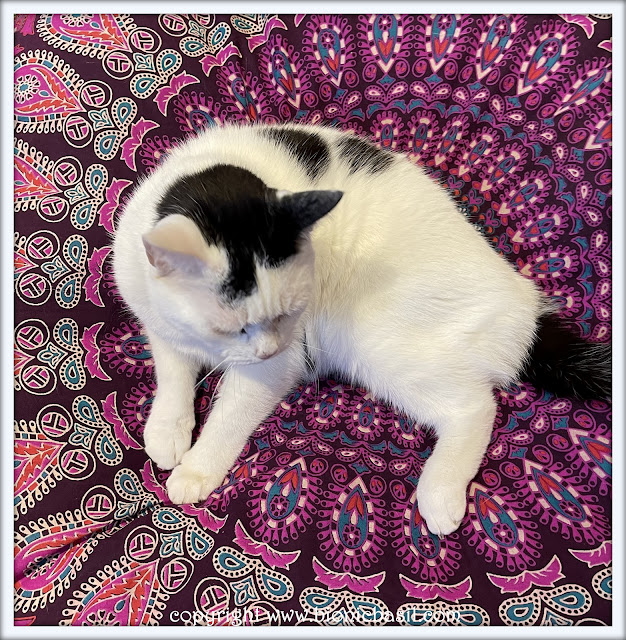 And hopefully, we'll be able to share the copper pyramid soon, as the P.A. is just making space for it in the crystal room.  She was going to put it outside for the summer, but she decided she didn't want it to get wet and then the copper to tarnish.

Sadly that's us done for today, Amber will be back on Friday with another fab book just for mew, and if mew missed Monday's Colouring with Cats post click here to catch up.