Welcome to The BBHQ Midweek News Round-Up ~ Follow The Floof with Fudge, Up Close and Purrsonal with Melvyn and Smooch's Top Secret Project **PLUS** BBHQ Q&A

It's all been happeing this week at BBHQ. From cats up trees to top secret projects coming to light. And then the back door is being prepped for painting and the P.A. discovered that the wood had got a tiny bit of rot happening which displeased her immensely as it's mahogany hardwood, so after some nifty scraping, treating and filling, the door will last a while longer yet! MOL 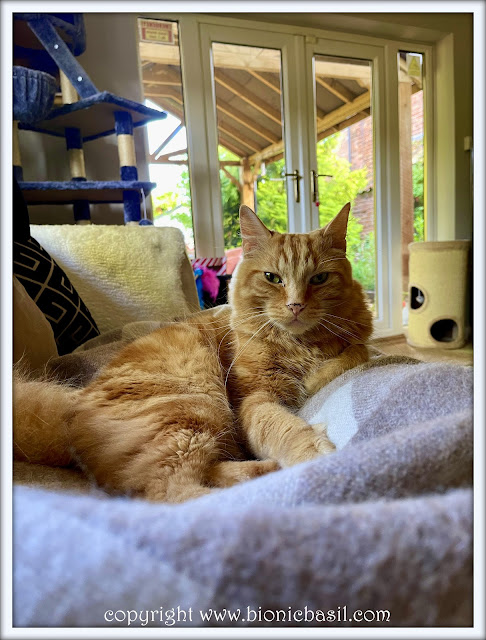 Fudge has been busy the last few days with his TikTok Video's, he's got a new theme called, yep mew guessed it, Follow The Floof! MOL

Check out his video's so far.

Up Close and Purrsonal with Melvyn 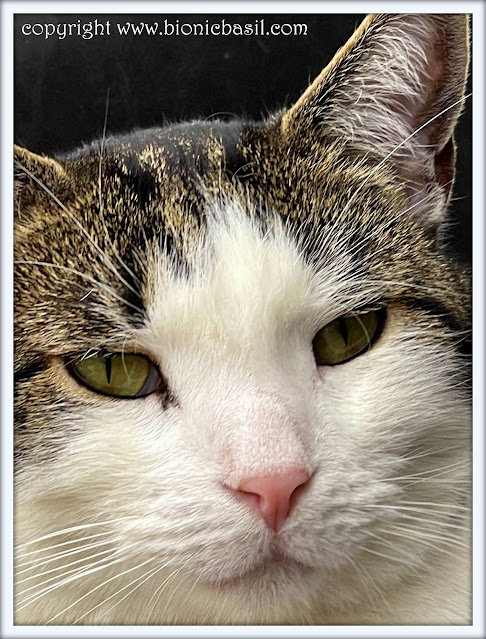 Melvyn thought it might be nice to share a propurr close-up of all his epic handsomeness! MOL 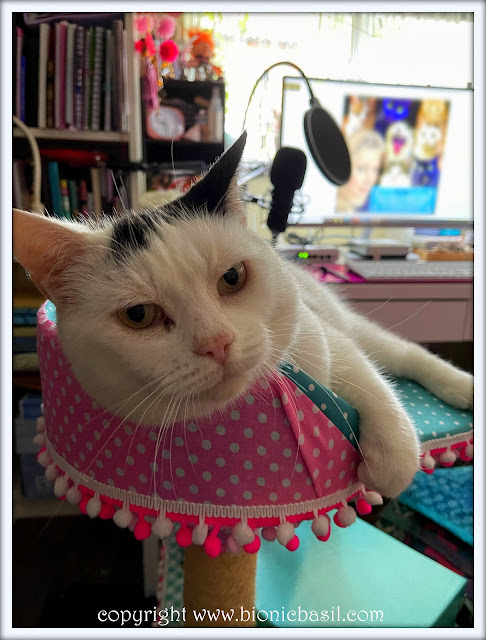 Smooch has been a bit sneaky lately, he's been hanging out in the craft room at BBHQ wurking on a secret project, what do mew think it could be?

We will answer any questions left in the comments over the last few days here.
On last weeks News our fabulous commentor Catladymac asked,
No supernatural doings lately?
The P.A. says, there will be more Haunted Happenings in the autumn/fall. Sadly she doesn't have time during the summer months as there are too many jobs in the garden and this year there's extra painting happening too, which steals all her extra blogging time.

If mew have any questions for us, about anything, ask away and we'll answer on next weeks post.

That's us done for today, Amber will be back on Friday with another fab book just for mew, and if mew missed Monday's latest Brain Training post click here to catch up on all the fun puzzles and see if mew can beat our rather slow time on the jigsaw! MOL