Welcome to The BBHQ Midweek News Round-Up ~ Follow The Floof Some More with Fudge, The Phantom Plant Squasher Revealed and Melvyn's Gone Bananas

We mentioned on Sundays post, that the Time Travelling Telephone Box prep has begun, and oh dear what a job! It was supposed to have been painted in 2020, so it's pretty rough now, but anyhoo better late than never and it will look gleaming in about a week or so! 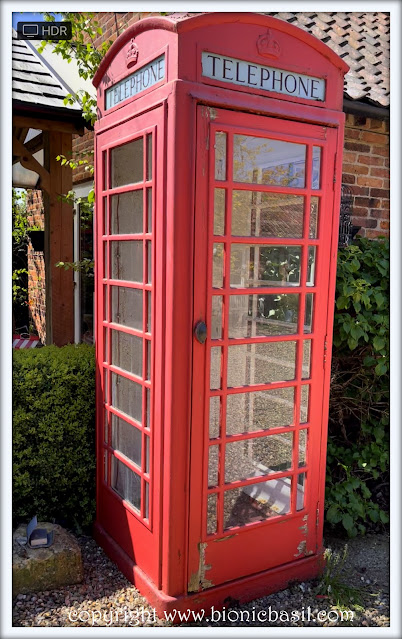 We had to scrape quite a lot of the paint off the door as it had started to flake. And after a bit of a sand, the widows will be taped off and the first coat of undercoat will go on.

If mew want to know the history of the K6 telephone kiosk, which is this one, click here to find out all about it. 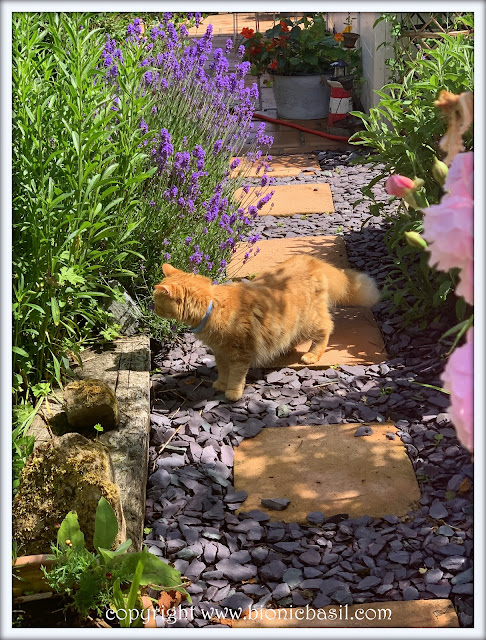 Fudge went on another sneaky covert mission to see what the neighbours were doing!

Watch the video on TikTok

We're still waiting for his report, he say's he's typing it up and we'll get to read it soon but in the meantime stay tuned for more Follow the Floof. 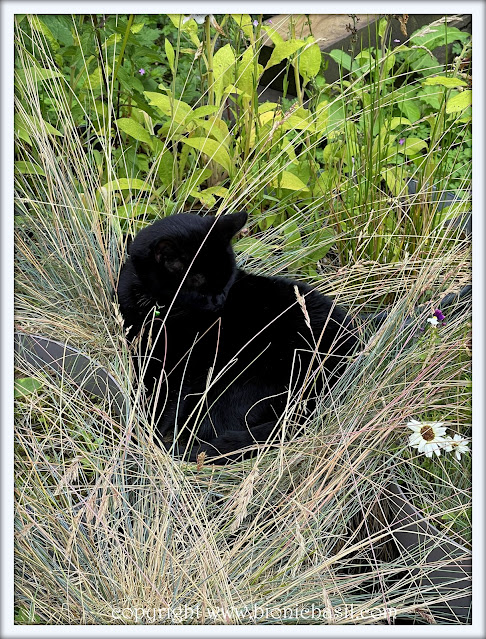 The P.A. was wondering who kept snoozing in the ornamental grass plants and squishing them into little nests, and the other day she caught the cuplrit red-pawed! MOL 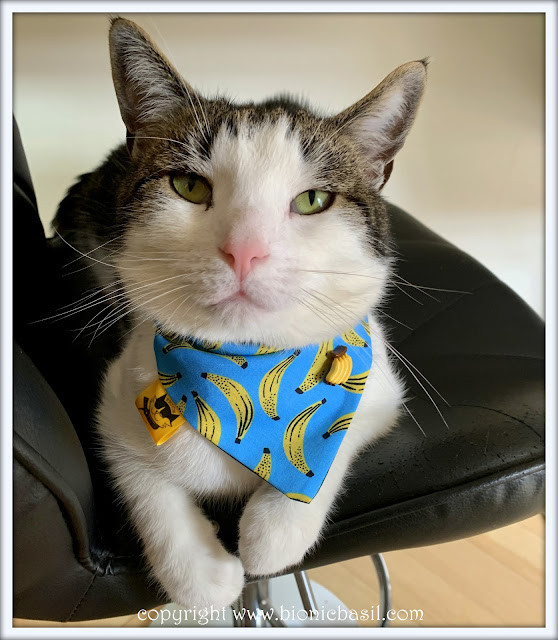 As it's Melvyn's birthday week, he decided he needed to go a little bananas and he found the purrfect bandana to wear at the same time! MOL

Don't furget that his 5th birthday rave and giveaway is still happening if mew want to pop down to level 11 in the bunker and join in the fun.

If mew have any questions for us, about anything, ask away and we'll answer on next week's post.
Plus we'll also answer any questions left in the comments over the last few days in this section too.
As there weren't any questions or enquiries this week, we decided to share a picture of a painted lady butterfly. 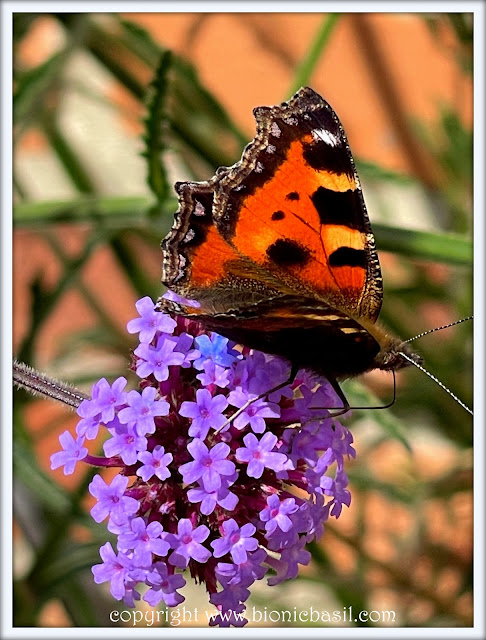 That's us done for today, and we will be back on Friday with another Fluffers post just for mew, so check back for some more funny outtakes.