Tech Disasters, Missing Parcels and Kitten Watch on The Pet Parade Blog Hop #216 with Rascal & Rocco Co-Hosted by Basil & Barking from the Bayou

Welcome to our weekly round-up on The Pet Parade.  This week it's all been a bit of a disaster; furstly the P.A.'s wurk computer decided to throw a seven and go to silicon heaven, then she updated her phone and the update was corrupted and it completely fried her phone which was out of warranty by one week, yep 7 iddy biddy days.

Luckily she did back-up the phone just offur a week ago, but she had to get a new phone and her iWatch wouldn't pair with it so that had to be reset and she lost all her data off it... then a delivery from Amazon went missing, so there's four parcels that someone called Thom has now got.  We're just purrleased it wasn't our cat food, as if it had been we'd be hunting Thom down until said cat food was found! MOL

Another parcel was delivered and the contents were damaged, so that has to be returned. As mew can see it just been a shocking week, like a Mercury Retrograde only wurse. 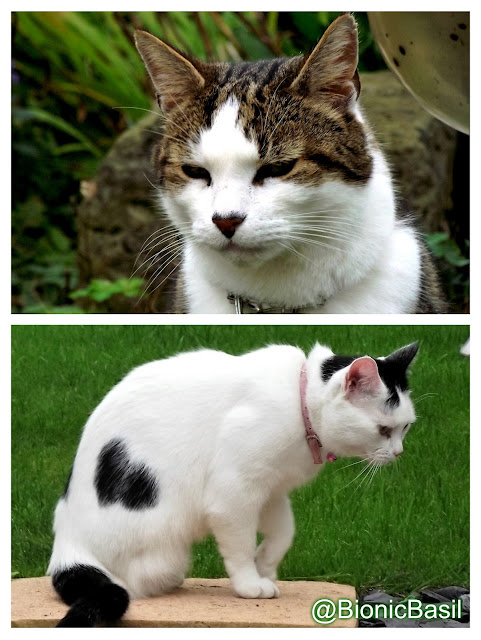 The good news is that me and Smooch have had some excellent time in the garden, and we made sure the P.A. planted the potatoes and put some more spring bulbs in.  Actually we remembered last week that we didn't do our annual Garden Safari this year, but not to wurry we'll try and organize one soon.

In other news, Parsley is rather peeved that his Thursday post is now being bumped to Saturday this week because my Brain Training started up yesterday, he is not purrleased, but mew'll be finding out how much tomorrow - OOPS sorry dude! MOL

And as we haven't mentioned the kittens fur a while, here's a little update... 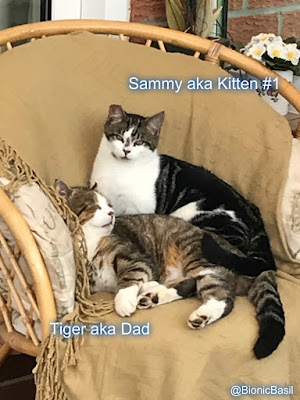 Kitten #1 now called Sammy, snuggled with his dad, Tiger in the chair next door.  He was neutered last week, but the P.A. wasn't furry impressed at what they did to his ear, they went a bit far with the ear clip, they did they same on Kitten #2 now called Pebbles.  Kitten #3 now called Peanut went to a different vet and they didn't do that to his ear or to Tiger either.

There's just Mum and Kitten #4 to take now, and the P.A. said to her cousin to take them to the vet that didn't clip so much off...

The little tykes are even coming into our garden now they're bigger and making themselves at home under the gazebo and playing on effurything much to Smoochie's horror. 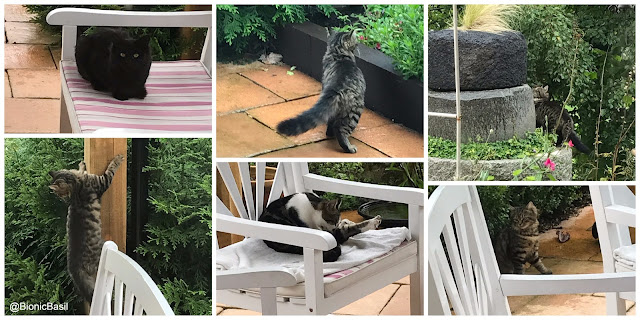 Mum is top left. Kitten #2 Pebbles was hiding under the tree, so there's no picture of her today.  Aren't they so cute, but don't tell Smooch I said that, otherwise he'll be widdling fur England!!! MOL MOL

Don't furget if mew want to go to the National Pet Show at the NEC in Birmingham on the 4th and 5th of November, mew can get a 20% discount off your tickets, by using the code*:

Sunday Selfies ~ We Only Have 2 Years of Supplies