Wordy on Wednesday on Tuesday again...with Biblio-Kitty Amber on the Halloween Edition featuring Cats on the Run (Tuck & Ginger) 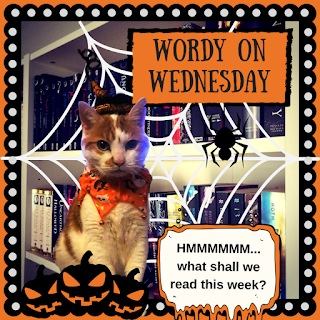 The Halloween Edition with me, Amber ~ The Self-Appointed Biblio-Kitty 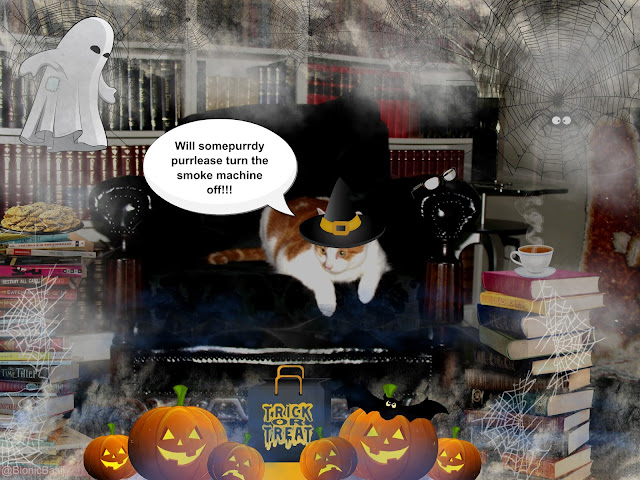 Furstly thank mew so much fur all the beautiful birthday wishes last week, I had the bestest day effur thanks to mew all my fabulous furiends, oh and before I furget let's do the give-away draw, as I know mew'll all be wanting to know who's won the Epically Epic Goodie Bag. 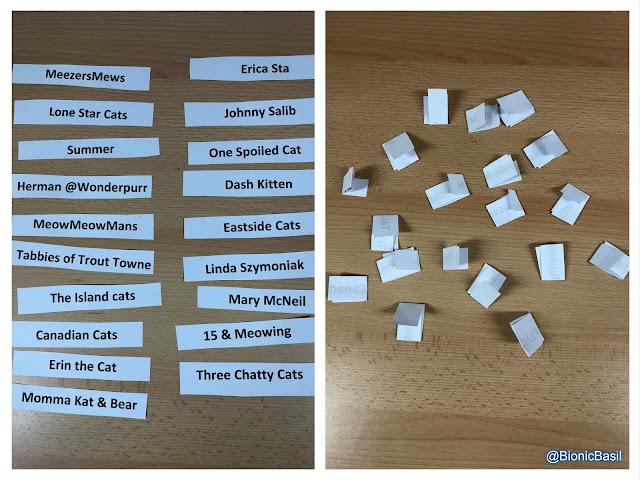 Many congratulations to ERIN!!!!!!!

Anyhoo, mew remember that before my birthday we're on the Halloween Trail of Spooky Weirdness throughout this month showing mew pictures that the P.A. has taken around our little village in Nowheresville, and last time I asked mew what mew thought of the blue glowing radio-active wurm alien thing, though it's still not as creepy as the week before with the face in the tree but still it was purretty weird.  Well this week, the picture was taken at tea time.... yep broad daylight... 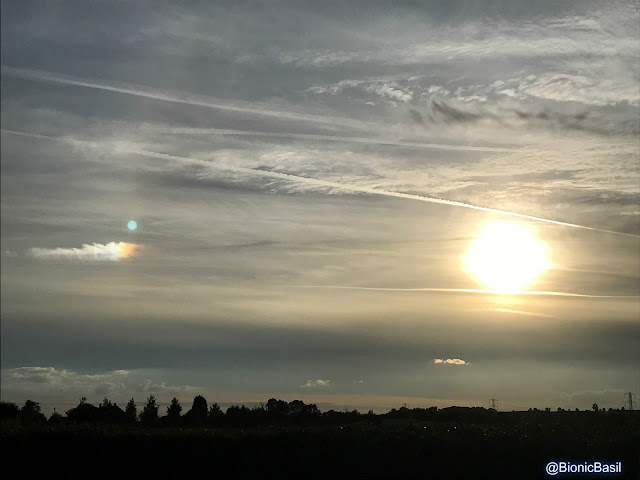 So what do mew think caused the rainbow cloud and the blue orb on the left of the photo?

There was nothing that mew could see with the naked eye at the point in the sky and when the P.A. zoomed-in no other clouds had the rainbow effect. 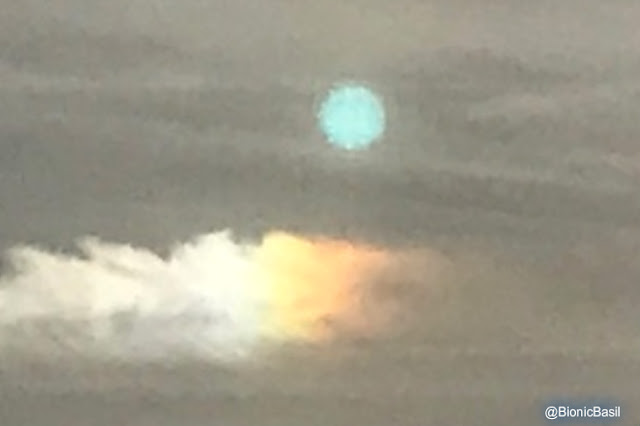 Weird huh?  That orb isn't small either.... spooky or what?


So while mew ponder on the mystery of another blue orb, I think it's time fur this weeks book, so let's get to it... 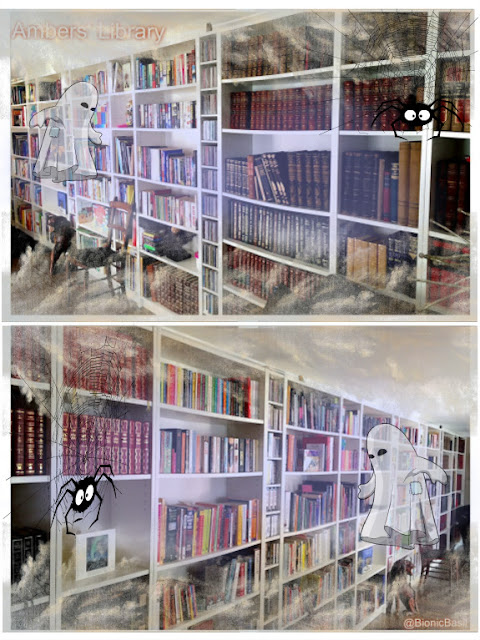 Cats on the Run


Here's a little snippet of the book blurb:

Watch out! This book is so funny you'll probably pee your pants laughing. It's bonkers and barmy but blooming brilliant. There's no need to tell you what it's about because you can probably guess. (There are these cats, right? And they're, like, on the run.) But you should prepare yourself for kidnappings, stolen taxis, exploding old ladies, and witches with farts so toxic they bring down big trees.

Let me tell mew its been no mean paw to find one but as pure luck would have it I came across Cats on the Run and it actually did have all the right ingredients.  Although supposedly a kids book, furget that, kids would not get half of the subtle jokes, this was written fur adults but disguised as a kids book.

So where to begin, this book is actually hilarious at times. The narration is fabulous and Tucks character is the main source of the hilarity - his accent is absolutely brilliant - though I'm not going to spoilerize it fur mew but I was in stitches at times, yes it's true I almost MOL'd my fur off!

I even had to ban the P.A. from listening to it while she was driving as she was laughing so hard she couldn't see - it should come with a warning - DO NOT LISTEN AND DRIVE!

That aside this is my new fav book fur Halloween, but mew have to listen to the audio version, as reading it yourself just won't be half as much fun, and the good news is there's another book in the series called Cats Undercover but the bad news is, there's not an audio version yet... arrrrrrrggggghhhhhhhhh!!!

[Note to self: Must write a letter to author to find out when audio version fur book two is available asap...]

Cats on the Run (Tuck & Ginger)

I hope mew enjoy this book if mew do take the plunge and buy it... and if mew've read it already, what did mew think?

Sadly it's time fur me to say BFN or bye-fur-now as mew know the drill, so many books, so little time and join us when we'll be back on Thursday with Professor Basil's Brain-Training and don't furget that I'll be back next week with another specially paw-picked book just fur mew!

Graphics created with paid licence www.canva.com and www.pizap.com
Glitter Graphics - pumpkins and halloween banner page dividers  www.glitter-graphics.com
Posted by Basil and The B Team ~ BionicBasil ® at 01:00