Welcome to our weekly round-up on The Pet Parade.  So there I was the other day outside having a bit of me time, enjoying the fresh air when the P.A. said. "Basil I'm off shopping, so you're charge and make sure no-one gets into trouble!"

"Sure thing boss!" I replied and ambled towards the gazebo fur a snooze. 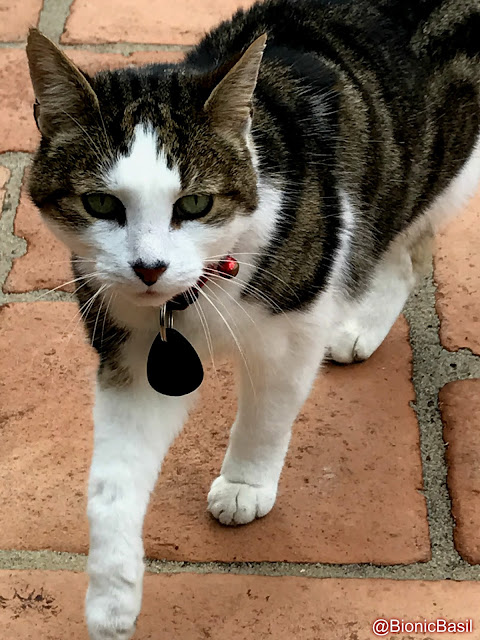 Meanwhile inside, the three heathens we're doing a bit of role-play.  Don't ask me why, it's just something they do... Only this weeks desert island vibe didn't last so long... 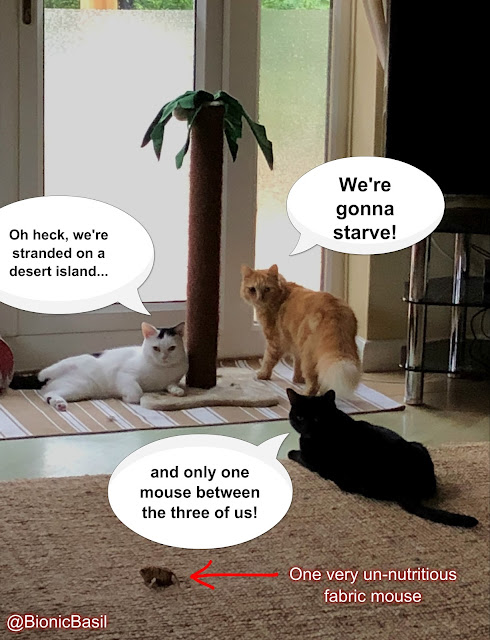 "What, only one mouse?" Smooch said. "What kind of devilry is this?"

"Yep, this is really crap!" Parsley concurred. "I'm going into the Virtual Reality Suite in the bunker and getting this role play happening properly!"

"But guys, we agreed we were going to try this weeks adventure without all the fancy-schmancy VR effects!" Fudge complained.

"We did," Parsley answered. "And it SUCKED!"

So that basically concluded that.  After Parsley and Smooch had departed the P.A. came home and as Fudge was the only one in the kitchen HE got the new toy, much to his delight!

Pandora was wurking on something top secret fur the next Crafting with Cats post which is of course Halloween themed, so purrlease look away now unless mew have the clearance level! MOL

But seriously we'll be showing mew how to make all the toys below on the 28th of October, so mew won't want to miss that! 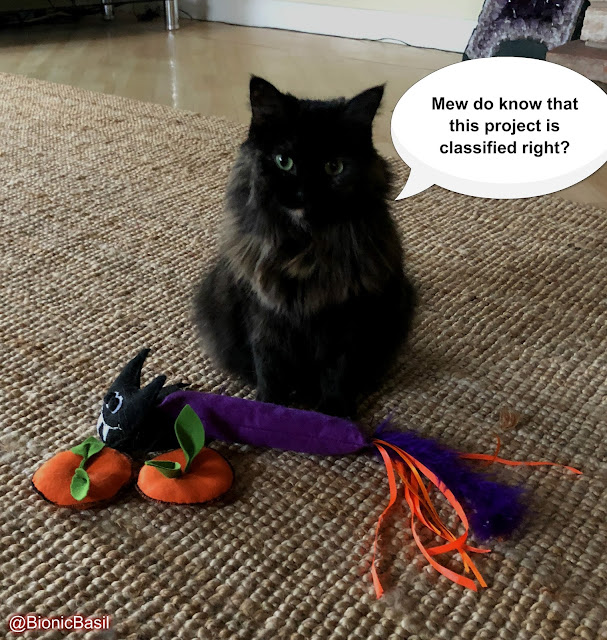 And finally Amber is resting up fur her 15th Birthday Pawty on Tuesday... 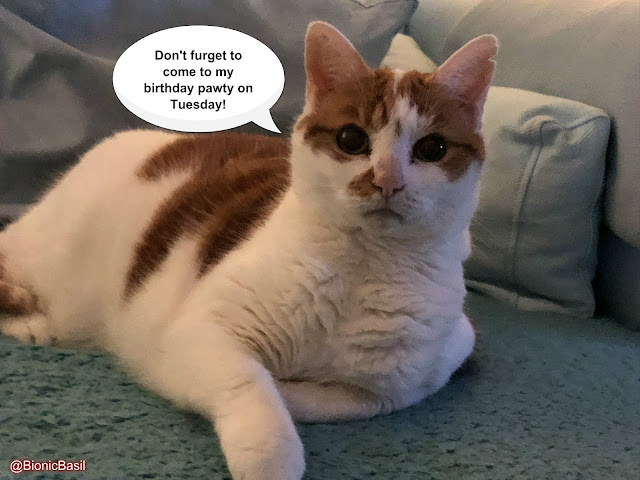 Oh and she'll be hosting a birthday give-away too, so mew won't want to miss that!

And if mew want to go to the National Pet Show at the NEC in Birmingham on the 4th and 5th of November, mew can get a 20% discount off your tickets, by using the code*: