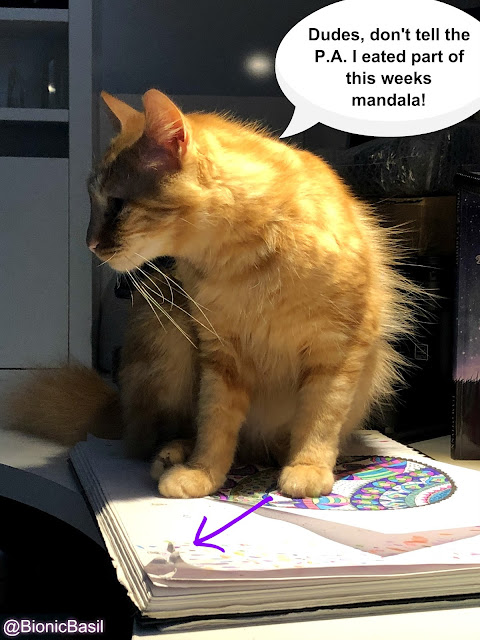 "OMC Fudge, what did mew do dude?" Parsley asked.

"I was just..." Fudge began to reply and then looked at all the little bits of paper he'd just ripped off. "OOPS!"

"Let me see, get your floofy butt off it!" Parsley said.

Fudge moved to the side and Parsley examined the mandala.  "Dude mew don't know how lucky mew are, you ate the sketch pad and not the mandala!"

"Phew!" Fudge sighed with relief. "That was close!"

"Oh the P.A. would have just printed another and coloured it again," Parsley said. "But dude, be careful, mew don't want eating that glittery ink!"

"Because you'll be pooping glitter and the P.A. will be rushing mew to the vets!" Parsley laughed.

"Oh heck no, I don't wanna go there!" Fudge laughed. 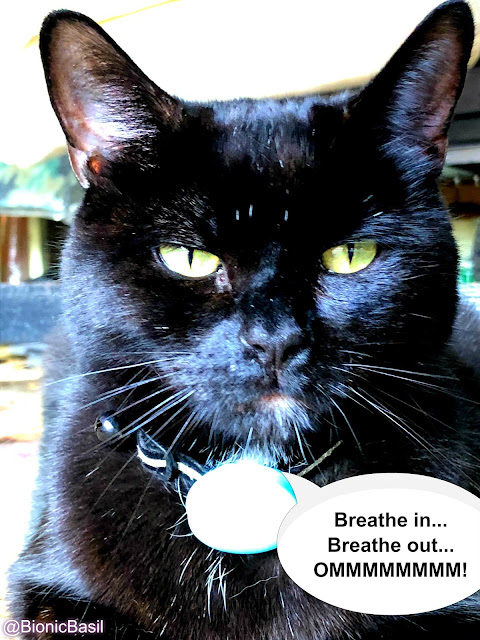 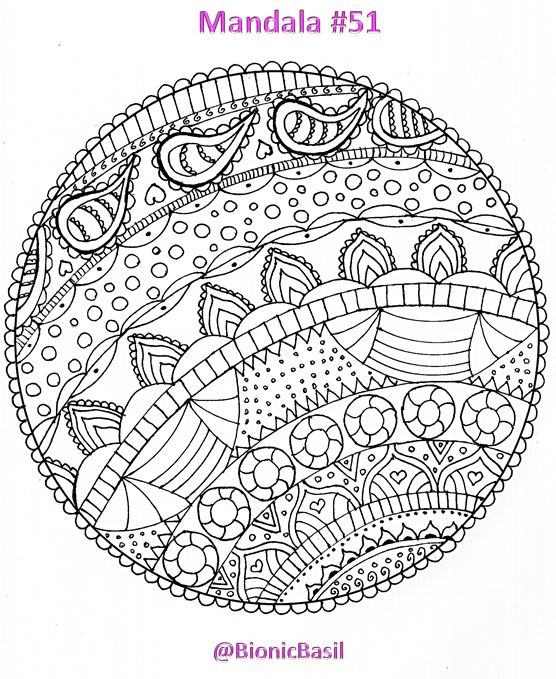 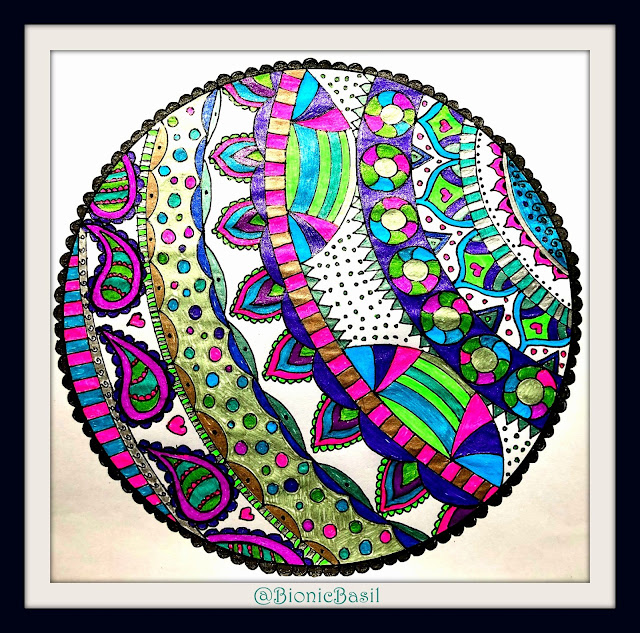 
as we'd really, really love to see your finished mandalas.

So on that note we'll say bye fur now and hope to see mew on Wednesday when Amber is back with a totally fab book review!

Graphics used under paid licence www.canva.com and www.pizap.com
Posted by Basil and The B Team ~ BionicBasil ® at 00:00