Grampaw had a supurr birthday lunch on Sunday to celebrate his 80th birthday, and we all got to nom on some roast chicken which was pawesome.

The P.A. started to paint the door on the library on Caturday, but we've had a little issue. She read that a grey undercoat should be used under the red gloss paint, even though she knew that the decorator used a red oxide type undercoat when the door was painted last time, but she thought she'd try the advice from google even though she wasn't convinced.

Anyhoo, she painted two coats of the grey, and she's applied two coats of the red, and it's not looking great. In fact, she thinks it will take another two coats of red to even out the colour, as mew can imagine she's not furry happy and will not be using the grey undercoat again. She's now purchased a tin of red oxide paint to use instead, as there's still the back door, french doors, telephone box, wine pump and two large shed doors to do in the red.

And the moral of the story is, to trust your instincts and don't always believe google. 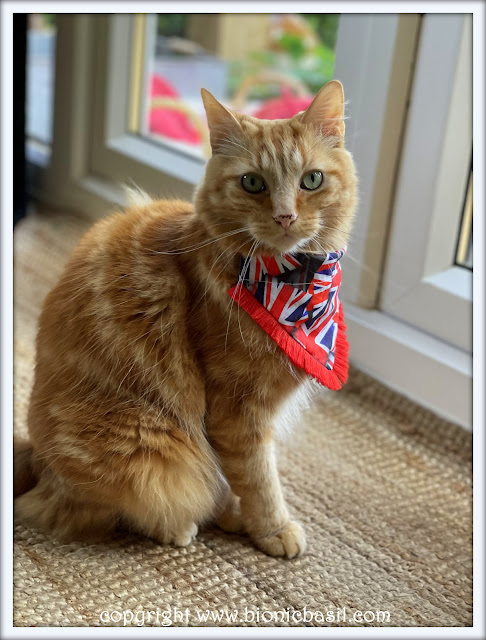 Take a look at his smexy mancat TikTok video.

The P.A. has made four identical bandanas, and she's hoping to get of picture of all the B Team Boys together. But we'll keep mew posted as mew know how unpredictable we are. 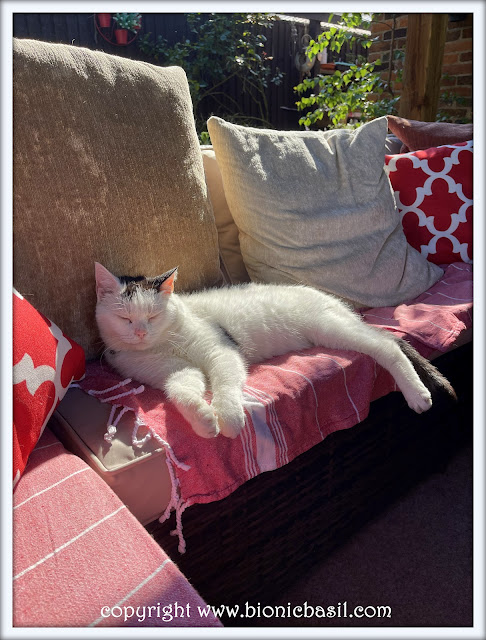 Smooch found a perfect sun spot under the gazebo on Sunday tea time. Just look at those warms. When we say epic, we mean it was epically epic!
Look how floofy his fur looks. What a little beat!

Pandora's Helping Out In The Craft Room 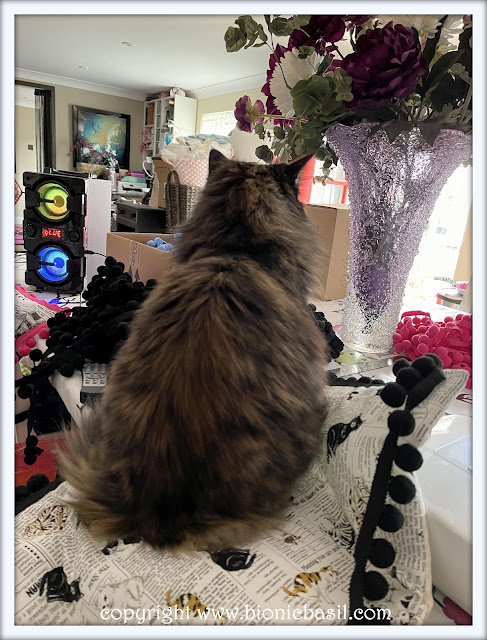 Pandora adores being in the craft room, and she was helping out the other day when we were making a special snuggle mat for Smooch's Birthday winner. And NO, it's not the one she's sitting on, just case mew're wondering! MOL

We made a beautiful one with purples and greens, and hopefully that should be leaving BBHQ this week and heading off towards the USA, ready for some lucky kitties to get their fluffy derrieres on.

That's us done for today. Amber will be back on Friday with another fab book just for mew, and if mew missed Monday's post, click here to catch up on The Smooch Report and find out all about our tripawed dude and his feral family.