Welcome to The BBHQ Midweek News Round-Up ~ Follow The Floof Some More with Fudge, Hanging Out In The Garden with Parsley AND Melvyn's Doing A Spot Of Burd Watching **PLUS** BBHQ Q&A

We'll be sharing the winner of Fudge's epic birthday giveaway on Friday's post, so stay tuned to see if it is mew.

And mew might remember on Sunday's post we mentioned that we were transplanting a few seedlings, well we planned on watching while the P.A. did all the work and transplanting! MOL

Here's a snap of some of the self-set seedlings prior to being moved. 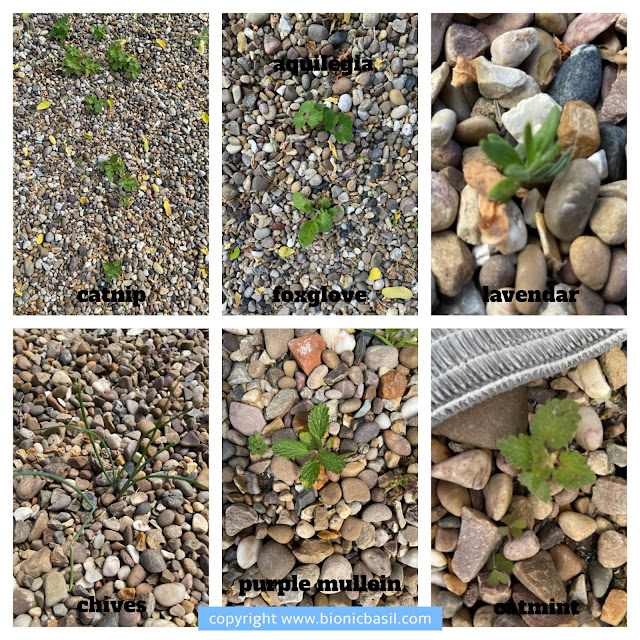 Some of the plants are tiny, like the lavender, they are not even 1 cm or 1/2 inch tall, so they have to be extracted with much care. The good news is they are now in pots or other places around the garden which we'll share next week. 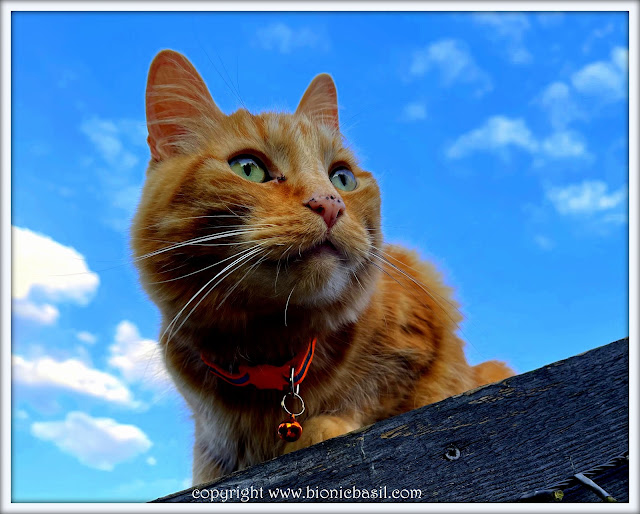 This week Fudge went on a sneaky covert mission to see what the neighbours were doing!

Watch the video on TikTok

Who knows what he'll get up to next, but stay tuned for more Follow the Floof.

Hanging Out In The Garden with Parsley

Parsley is such a reliable dude, he always stays in the garden and loves reclining on the mill-wheels just watching the wildlife, buglife and birdlife go by. 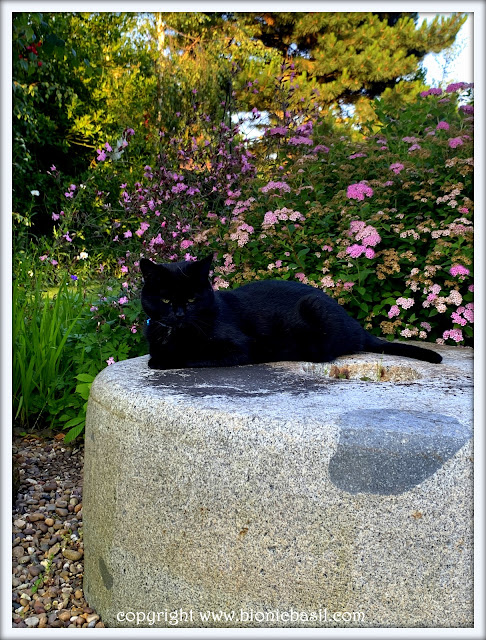 Sometimes he hides in the border, and he's completely undetectable when he goes into his full Purredator mode.

He laughed himself silly the other day as the P.A. was looking for him for an hour, and she'd walked by his hiding place half a dozen times and didn't seen him until he finally decide to uncloak and appear as if by magic in front of her.

The P.A. did mutter a couple of unspeakables as he made her really late for work.

Melvyn doesn't get out in the garden very much these days as he's a total liability. So when he does go outside he's heavily snoopervised in case he decides to take a little unauthorised trip around the village again. 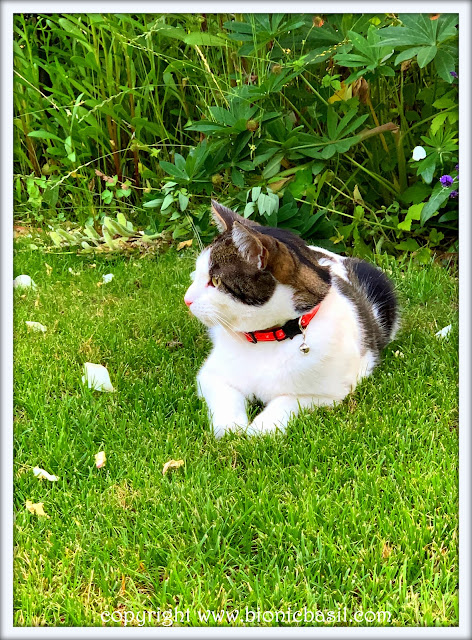 Anyhoo, he did enjoy his last outing a few days ago and he loved watching all the burds at the burd-feeder squabbling over the seed.

He was literally transfixed by them! MOL

If mew have any questions for us, about anything, ask away and we'll answer on next week's post.
Plus we'll also answer any questions left in the comments over the last few days in this section too.
Memories of Eric and Flynn asked on last week's News Round-Up:
Fudge what happened to that tuft of fur on your left shoulder, day 4?
Fudge says, "Well it's a really funny story, and if mew haven't seen the aforementioned tuft, click the day 4 link above and check it out on TikTok! Now I'll tell mew about the tuft, when I first arrived at BBHQ way, way back in the day and the P.A. released me from the carrier into the downstairs office, she noticed that same tuft sticking up and she thought it was some loose fur and tried to pull it off. It didn't come off because it is furrmly attached to my purrson. It is actually located in the centre of my back between my shoulder blades, and it has some long, whiskery strands supported by a floofy tuft, I like to think of it as a special antenna of sorts, a magical extension if mew will, anyhoo I can tell mew this it is very sensitive to touch!" MOL MOL
I hope that answers your question.

That's us done for today, though we will be back on Friday with the first Friday Fluffers of the current season, and if mew missed Monday's post click here to catch up on our epically epic 10-year blogoversary celebration!