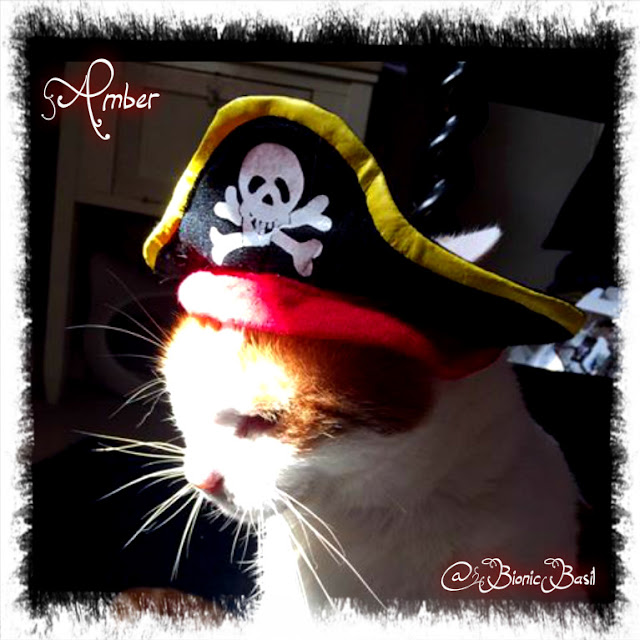 Arrrrrrrrrrr me hearties, welcome to ye on this mostly auspicious day, and in honour of this rare event we be thinking it be fitting to share with thee a truly extraordinary adventure that befell on us on this day exactly a year ago... are ye ready to relive the pirate adventure of a lifetime? 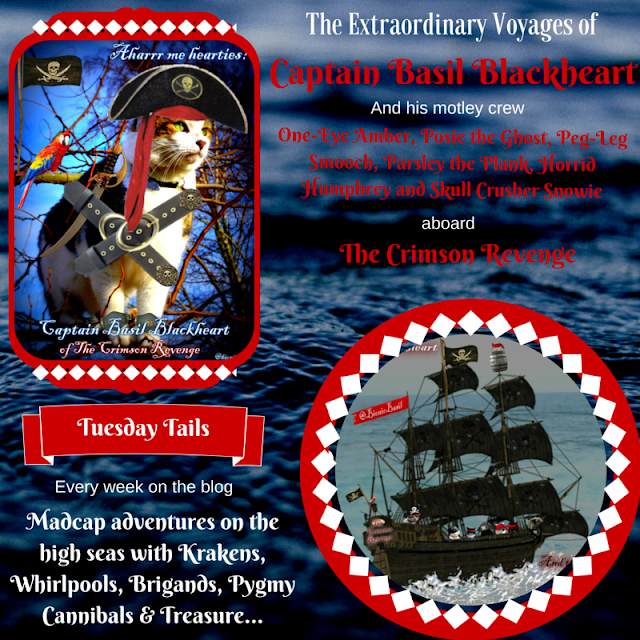 Here we are again on another truly unbelievable adventure, this time on the high seas.

I know it must seem quite impossible some of bizarre things which happen to us, [on a furry frequent basis] but paw on heart and let lightning strike if I effur tell an untruth... this is an 'as it happens' or a 'squirrels eye-view' or a 'fly in the soup' whoops sorry, I meant to say 'fly on the wall documentary'  kinda vibe.

Join us as we share the facts of what happened on that fateful Sunday night, as we sailed back home from Speedy's Pirate Party

So hold ye fast matey's, as we're in fur a wild ride tonight 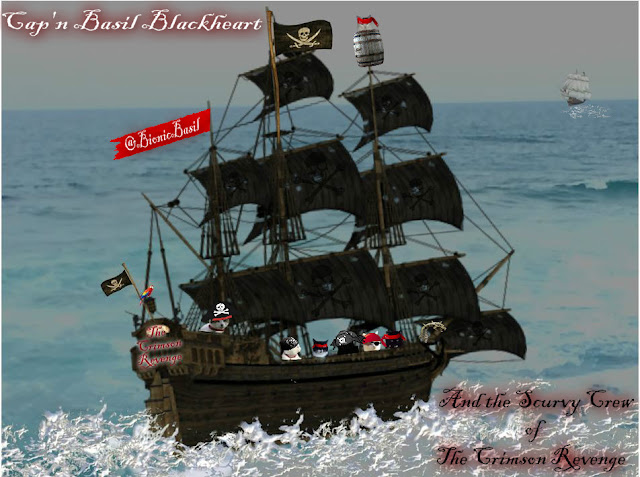 
We had been sailing fur approximately forty one minutes and fifteen seconds when the sea started to become rather choppy.  White foamy spray splashed over the deck and the ship began to lurch rather alarmingly.

Snowie was helping me hold the ships wheel as we were battered with the icy sea spray while the lightening flashed and thunder boomed all around us.

I threw a length of rope at Snowie and then, using another length of rope I lashed myself to the ballustrading, then I gripped the ships wheel with all my might, if this whirlpool was taking us down then I was going down as a propurr captain - at the helm.


I jammed my hat on extra tight, and wiped the the salty sea spray from my eyes as we continued on a course I had no control over and in storm conditions I neffur knew were possible.

The ship pitched and rolled, the wood creaking and groaning with the immense pressure as we were sucked faster and faster into the spiralling vortex. Relentless waves crashed across the deck while lightening erupted from the central vortex in jagged, fractured forks.  I just prayed to any god that may have been listening that my crew were fastened tightly to something as the angle we were now on; sideways on and looking straight down into the gaping maw of the deadly unknown, because if they weren't securely tied to something they were surely going to be lost fureffer.

I was abruptly brought back from my momentary mind-scape by my crews' terrified high-pitched screams as we reached what could only be described as the mouth of hell, and then there was nothing but blackness.

Mew don't have to wait that long anymore... here's the links fur effury episode just in case mew missed out on this epically epic journey! MOL


And if that's not enough excitement fur mew...