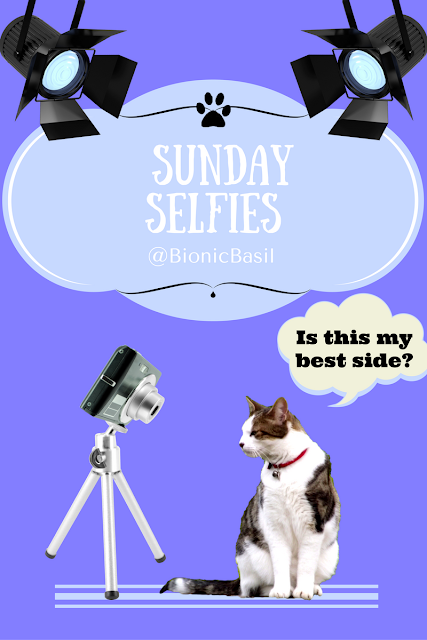 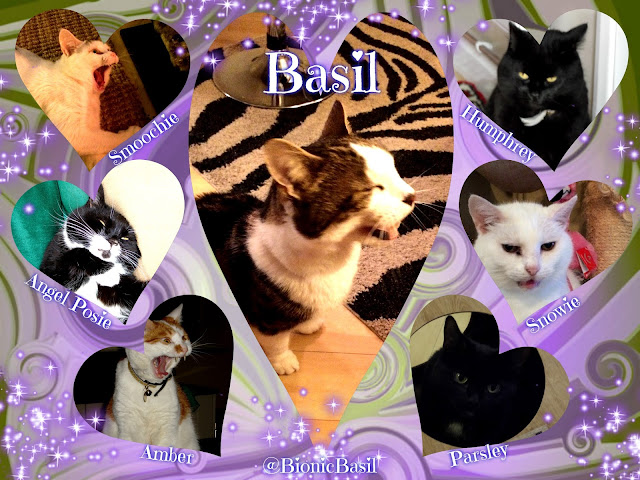 This week The Hoard and I made a truly remarkable discovery, we found by pure accident the fabled city of Shangri-La aka Shambhala or as its known in cat-speak Purrple Purradise.

So obviously our theme today is:

There we were casually minding our own business in the now not-so-secret bunker, as mew do, while Humphrey tinkered with the teleporting telephone-box, which is basically our version of a Tardis - so anyhoo there we were, when Humphrey said.

"Are mew guys ready to go fur a quick spin?"

Well of course we all said yes and promptly piled inside our pawesome trans-dimensional time-travelling machine - obviously from the outside it still looks just like an ordinary telephone box except fur the colour changing mood-light the P.A. insisted was installed as said Time Travelling machine lives in the courtyard 90% of the time, looking like some seemingly benign garden ornament paraphernalia thingy.

Sorry fur the digression... so we hopped inside, with Humphrey at the control console eagerly awaiting a new adventure. 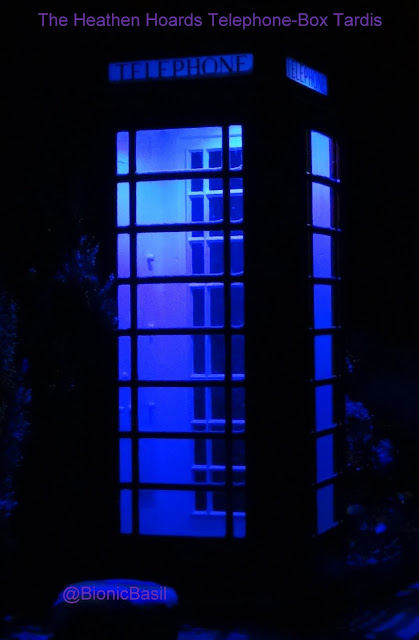 Three seconds later aftur Humphrey had finished his calibrations of time, speed and distance co-ordinates [he's uber thorough with stuff like that MOL], he slid the control lever forwurd and powered up.


[We love the sound of the Tardis, ours sounds just the same, that was my one insistence.]

We dematerialized through time and space, and a few moments later we arrived at some unknown destination.  I gingerly opened the door, peeked out and saw a sign that read: 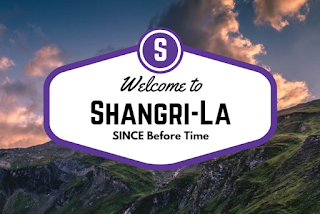 "What, what?" came The Hoards collective response.

"We've landed in Purrple Purradise!" I said, not quite catching my breath.

Smoochie and Parsley were furst out of the door, closely followed by myself then Amber and Humphrey, who were so excited at our discovery.  Posie refused point blank to join in and insisted on staying in her bed.

"Don't go far!" I shouted as Smoochie and Parsley disappeared into a nearby cave, then added cautiously. "Did anypurrdy bring any weapons?"

Humphrey gave me his most manic grin. "Basil dude, do mew even need to ask!" he said whipping out a prototype tazer.

I nodded feeling a little happier that we were tooled up and ambled off aftur the heathens.  A few seconds later they came running towards me at break-neck speed. "RUN!!!!" Parsley yelled as he zoomed passed me with Smooch hot on his heels.

Glancing briefly towards the cave mouth to see what all the hubbub was about.  It took a moments fur my eyes to focus and that's when I saw it; a behemoth of a huge white hairy beast and I screamed. "It's a Diabolical Snowman.... RUN!"

Before mew could say 'I'll have a coconut niptini on the rocks with a rainbow umbrella and a fruit kebab' effurpurrdy was back inside the telephone-box and Humphrey was powering up.  There was an almighty thump on the door and in the next breath we dematerialized, rematerializing a few seconds later in the courtyard.

I opened the door and turned to Smooch and Parsley. "Would mew care to share an explanation?"

Smooch waved a knitted bobble hat at me and said. "The Diabolical Snowman in the gift shop didn't accept Parsley's credit card and got angry when we gave him a bag of primo nip in exchange fur the hat!"

To be honest I had no wurds fur that and promptly confiscated said hat, giving the heathens a bat around the ears. "I'll take that and just so mew realize that mew can't be paying fur goods with primo nip, mew're not getting it back!"

Obviously I can't repeat their retort due to some purretty foul language, but to teach them a lesson, I have decided that the Time-Travelling Bobble Hat should traverse our wurld instead we'll see how far it can go.

If mew'd like to join in the Wurld-Wide Tour of the Time-Travelling Bobble Hat and get to model this tres chic inter-dimensional head gear, just let us know in the comment form and we'll ship it to mew post-haste and get the pawty started! MOL 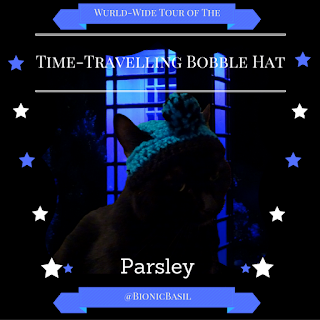 And fur effurypurrdy that receives it, Parsley & Smoochie will purrsonally donate £2.00 [£1.00.each] to Burton Joyce Cat Rescue - where most of us came from... once upon a time.  That'll teach them to try and pay fur stuff with primo nip - heathens!!!!  So the more places it goes, the more money we raise... it's all in your paws!

We'll set up a new page to monitor the proceedings...

Wishing mew all a supurr Sunday