Don't Mess With The Wizard, Smooch Feeling A little Batty and Ready Fur The Pet Show on The Pet Parade Blog Hop #220 with Rascal & Rocco Co-Hosted by Basil & Barking from the Bayou

Welcome to our weekly round up on The Pet Parade.  What's been happening this week we hear mew ask... well it's funny mew should ask because this is what we've been doing... 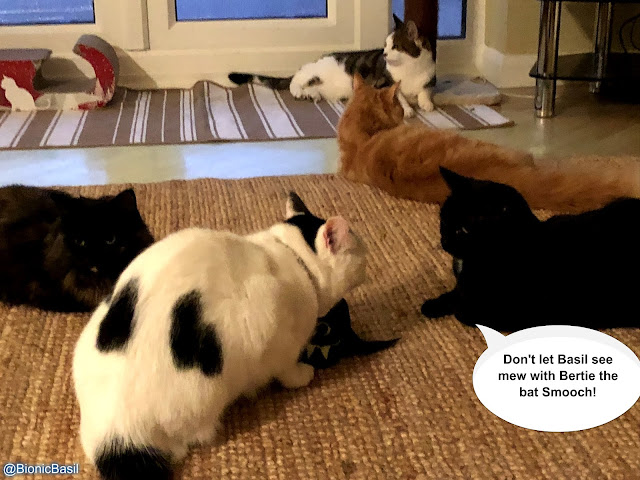 "It's ok Parsley," Smooch whispered. "Basil can't see me from here as Fudge is making a pawesome wall right now."

Smooch got Bertie and thought I didn't know, hmmmmm I'll be having wurds with that young heathen later... meanwhile Bertie is now safe and free of Smooch saliva as I've locked him in my office in the bunker.  Poor Bertie feels violated in the wurst way...

If mew remember on Parsley's Pet Peeves last week, young Parsley was peeving about having to be a wizard AGAIN... but then Manna & Dexter from the epic blog PlayfulKitty suggested that he needed to use his wizardly skillz.. so he's been purracticing - STAND BACK EFFURYPURRDY!!!!

Here's hoping he can magic some extra nip into the bunker fur the winter as stocks are getting low.

In other news The Last Big Jolly is back on Tuesday, so mew won't want to miss that. 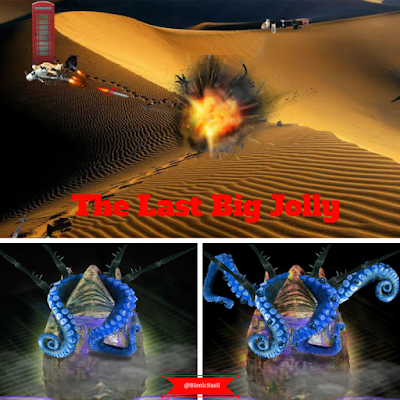 Get yourselves up to speed on the previous happenings by clicking the link above, otherwise mew might be a bit lost as to whats happening in the story and how we actually got there, yep it really is that bonkers! MOL

If mew're going to be at the NEC tomorrow, we hope to see mew there, the P.A. and dad are really looking forward to it.

There's still time to get tickets if mew want to go to the National Pet Show at the NEC in Birmingham and mew can get a 20% discount off your tickets, by using the code*:


We'll be back on the morrow with a Saturday Special post featuring Royal Cats and Dogs and then again with our usual selfie selection on Sunday and hope mew can join us then, in the meantime we wish mew all an epic weekend