OH MY COD, can mew believe I'm reviewing my 50th novel?  Just the thoughts of that has wore me out, so I need to take a little nap... BRB... 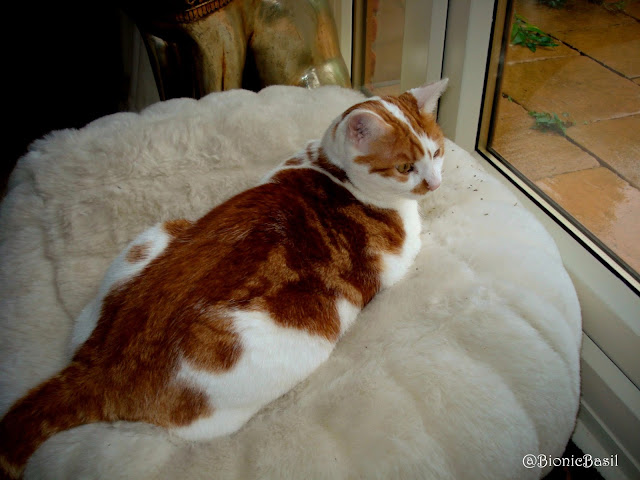 Mew know that's no mean feat fur a senior kitty like myself, and if mew knew how many books I get through on a yearly basis... *starts counting on paws*  I get through about 100+ novels a year, jeez who knew! MOL

No wunder I'm a little offurweight right now.  I need to exercise while I listen, instead of lounging while I listen - in fact the P.A. took a picture of me effur the other day... the camera angle was all wrong, the lighting was completely unflattering and the pose, well the pose was just miscalculated on so many levels... 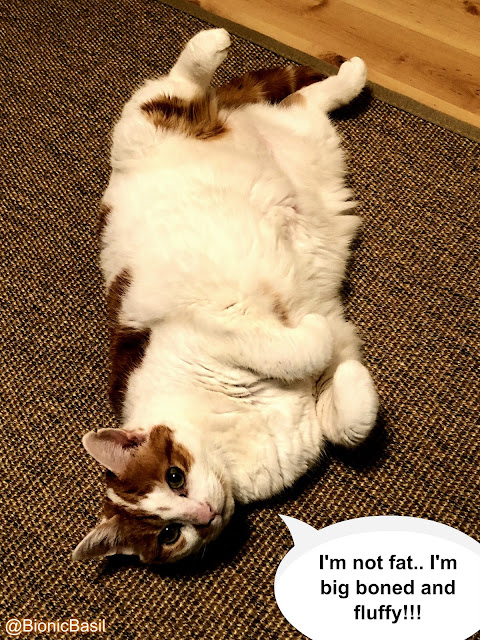 "Amber you're a little porker!"

Seriously, she called me a porker, can mew believe it?  Then she said.

"I'm getting you some super low-cal diet food from the vet!"

Like OMC, anyone would think I weighed a ton.  Then she added.

"Because Amber, you weigh a ton, I can barely pick you up!"

The absolute indignity of it, but is that an imperial ton or a metric tonne?

She said, "Amber a ton is a ton, stop living in denial and face facts, you're a porker!"

But if it's a metric tonne then actually it's lighter than an imperial ton by 35 pounds, so am I the lighter metric or the heavier imperial tonnage?

The P.A. stared at me and I just knew what she was going to say.

"Amber you know we work in old school measurements here, so you're on the imperial scale!"

Oh some fab news now... I did get this supurr pawesomely mega great badge the other day courtesy of Cougar Kali 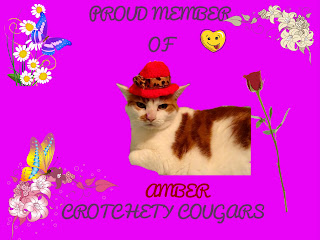 Proud to be Crotchety

And now I think we'll jump into this weeks top book pick...

Wizards and sorcerers, some cats even can cast spells and become invisible. They are the guardians of the Gates, weaving and maintaining the magic threads between realities. But when an ancient evil conquers the mystical Gates beneath Grand Central Station, flooding New York with surreal horror from another dimension, a quartet of feline champions is called to defend Earth.

Where to begin, this is an epically epic fantasy/sci-fi story and by epically epic I mean the narration was offur 17 and half hours long, so we're treading in the realms of Tolkien here.  But even so this was a really good gritty tale, a real story, proper old school style.  Full of magic and mystery as our wizard team has to save the world from an unimaginable evil.

The characters are furry well crafted, the entire story is woven in such a way mew'll have to read/listen to it as fast as mew can.  I did find some of the names a little confusing to start with but like in any great saga aftur a while mew get used to them.

So would I recommend this novel to mew?  Yes I would but only if mew love fantasy and sci-fi, if those genres are not your style then mew won't enjoy this story at all.

As I love sci-fi and fantasy novels this was a truly stellar find fur me!