Colouring with Cats #41 ~ Getting Your OM on with Mandalas on Mondays ~ I've Got Flowers On My Head! Plus the Winners of The Designer Cushion Give-Away!

Isn't it funny how when one does something a little bit different from the norm, effurypurrdy wants to state the obvious without really understanding the mechanics of WHY! 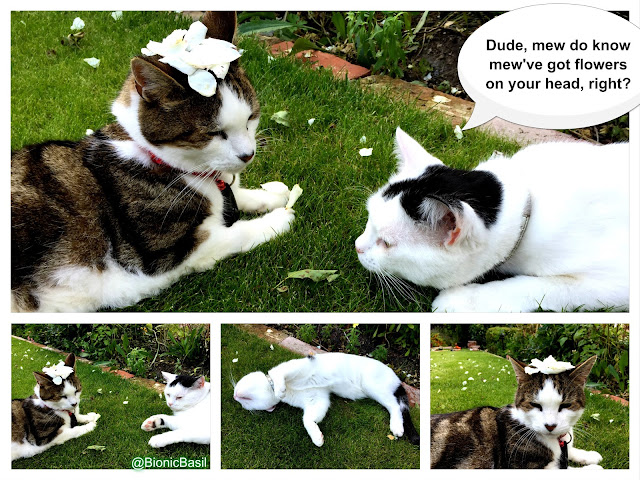 Obviously I was communing deeply with nature and by placing the rose petals upon my purrson it gave me a much deeper connection and laser-like-focus to the natural-wurld around me, thereby enhancing my zenness to all new delirious levels. 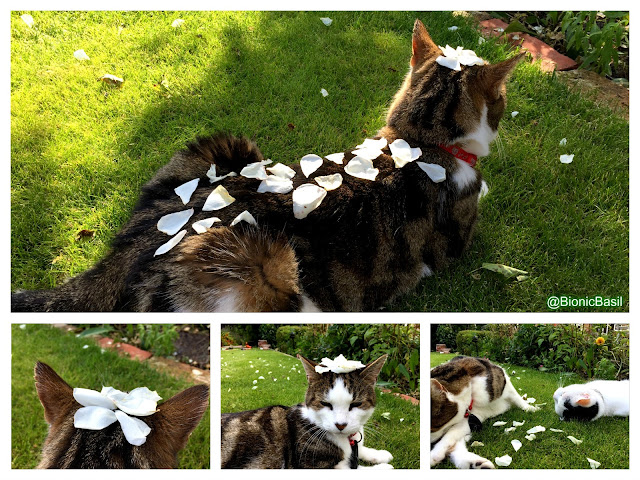 Though I must say Smooch did ruin it with his constant onslaught of questions.

"Basil, mew do know mew've got flowers on your head, right?"

"Basil, can I get flowers on my head too?"

"Basil why are mew wearing flowers?"

"Basil, are these flowers magic?"

"Basil, what are they saying?"

"Basil actually I don't need any of your flowers because I got grass in my ears!"

Yep he actually said that, and no I had absolutely no positive response at all fur that statement! MOL

And let's do the draw fur the designer cushion give-away as we know mew can't wait to see who won!

Here are all the entries... 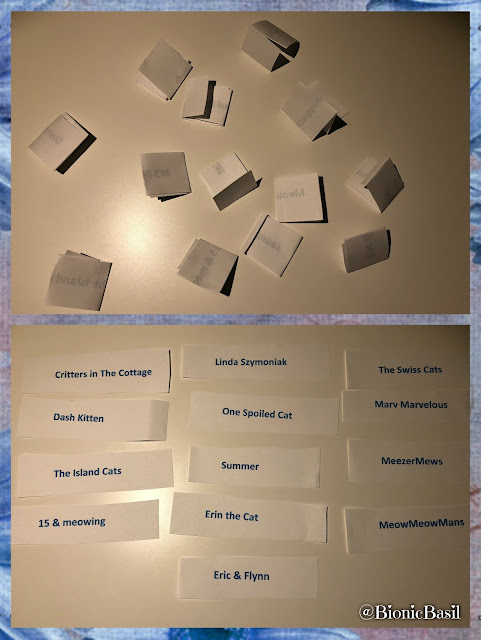 and here's the draw


Woo Hoo, many congratulations to

Critters in The Cottage

We'll be contacting mew later fur your snail-mail address today at some point! 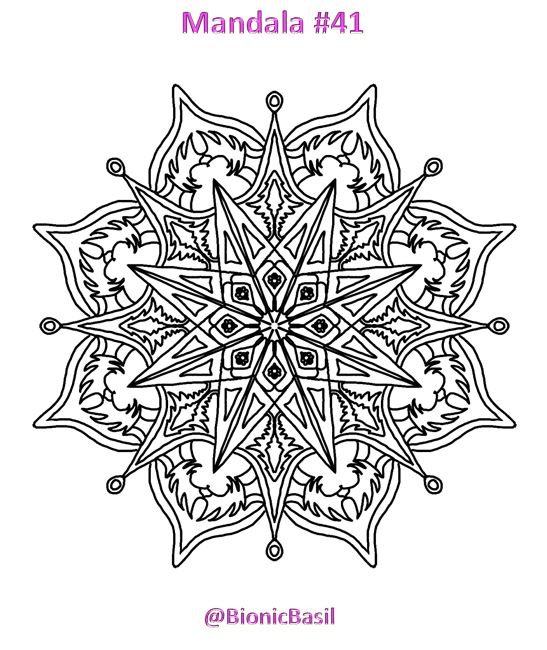 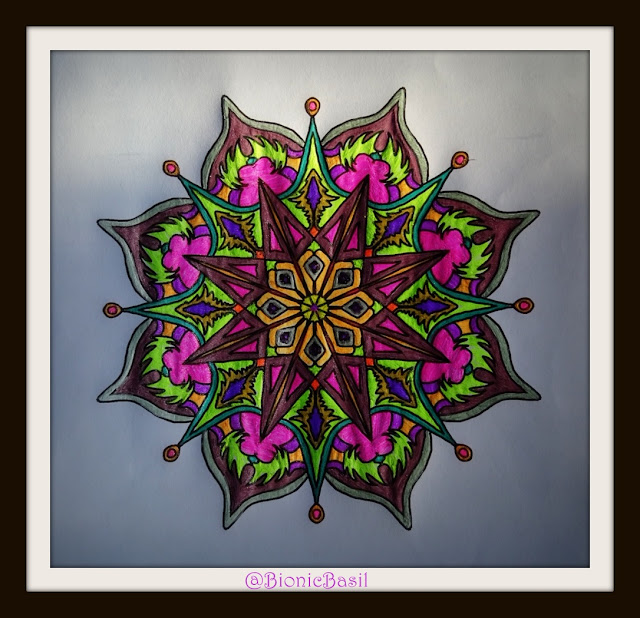