Welcome to our furst Friday Fluffers post where we'll be showcasing the best photo bloopers from BBHQ, the photo's that we thought would neffur see the light of day, buried deep, deep, deep in the archives on level 12 of our secret bunker, with no chance of effur being showcased on the interwebs fur the wurld to see... UNTIL NOW!

And furst on the podium is Amber. 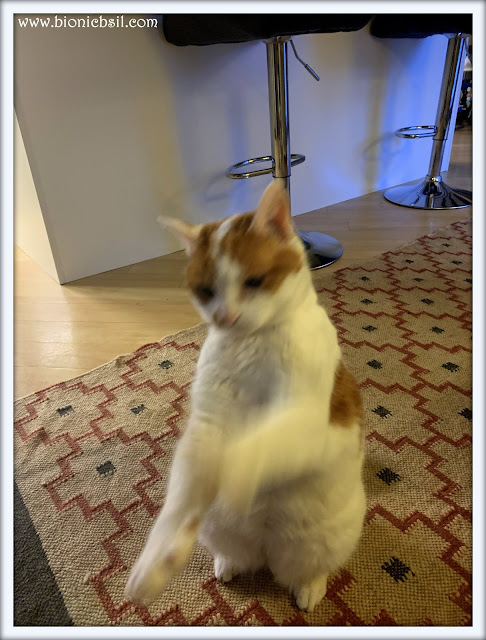 We can't decide if she's:

a.  purrforming a magic trick ~ 'shazam jus' like that!

b.  DJing on an invisible mixing deck ~ 'let's get this pawty started!'

Let us know in the comments what mew think she's doing!

Next up is young Melvyn, our newest recruit, and in fact this is one of the furry furst pics effur taken of him on the day he arrived at BBHQ.  Mew can see Fudge sat outside the conservatory door behind! MOL Mew should have seen his and Smooch's faces, well maybe next week we'll share that aspect. 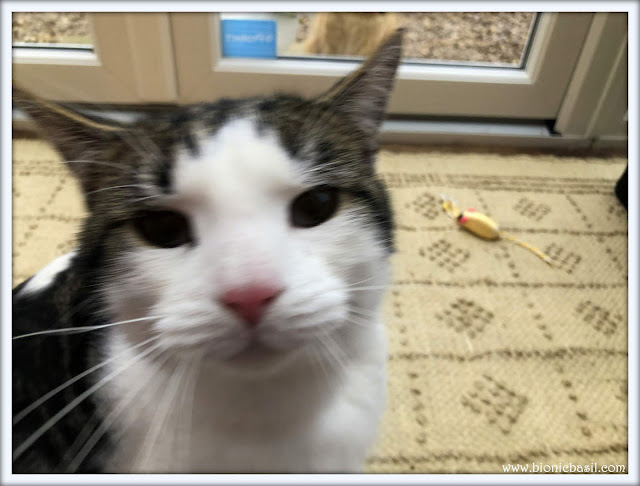 What do mew think young Melvyn is thinking and/or saying?

And finally Pandora is here, and she wasn't furry impurressed when we told her this photo was going live. In fact we can't repeat what she said - OOPS! MOL MOL 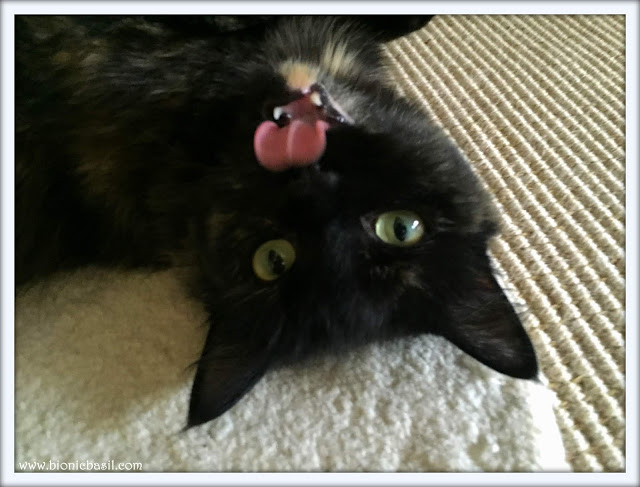 Mirror, Mirror on the wall, who is the fairest of them all?

And just before we pop off, we have to announce the winner from Amber's Book Give-Away

Drum roll purrlease..... while we pick a name out of the hat.

And the winner is our favourite, floofy black kitty from NoirKittyMews.com

WOO HOO DUDE, many congratulations and not only do mew win the signed copy of Bob's book, mew're actually getting Amber's purrsonal signed copy as Smooch decided to widdle on the giveaway copy earlier in the week - OOPS Shame on mew SMOOCH... Shame on mew! 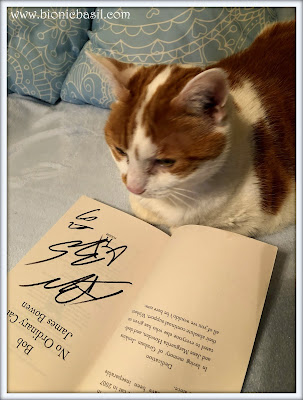 If mew could email us your address, that would be epic and Amber will get this posted next week.

Many thanks to all the other entrants and don't wurry, Amber's got some more fun books to give away when she starts up again in September.

And don't furget to go enter our fab Give-Away on Wednesday's Pet Parade to celebrate our 300th Blog Hop, where a surprise goodie bag is up fur grabs.

We do hope mew enjoyed our new post and will back next Friyay with more funny photo's, but in the meantime we'll be here on Sunday with our usual selfie selection, and we'll also be here tomorrow too, to join in a furry special Blog Hop, fur one of our fab pals who departed offur the Rainbow Bridge rather unexpectedly, so do join us fur the 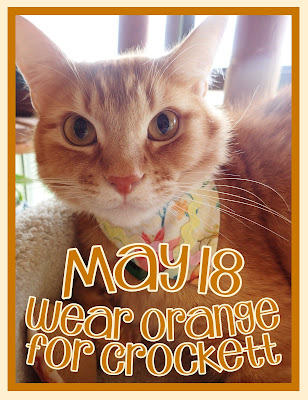 See mew on the morrow