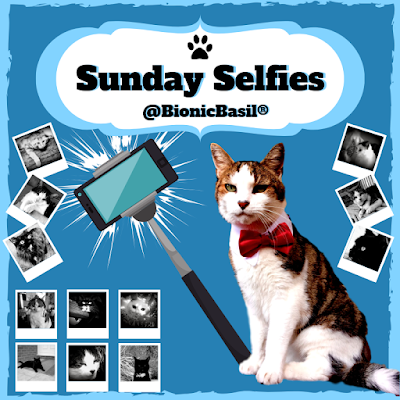 Chosen from our top picks on our instacat feed this week 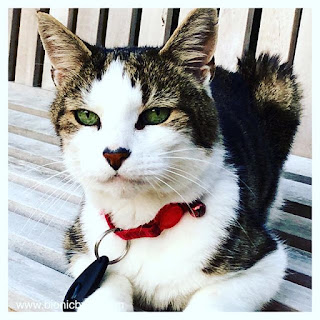 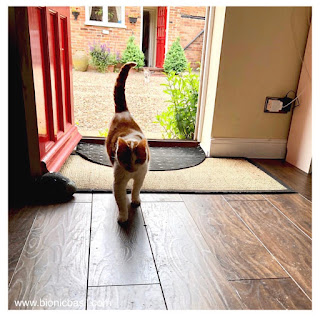 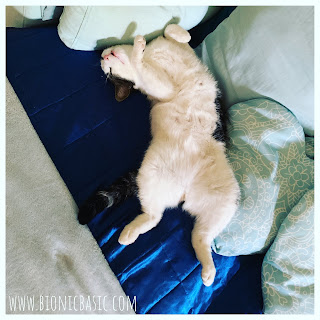 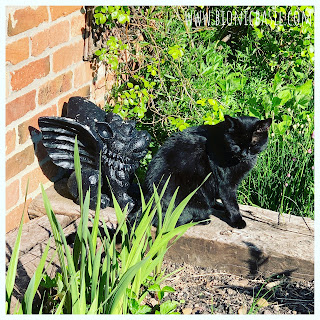 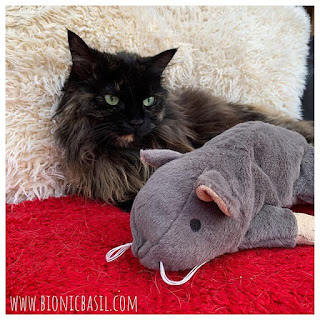 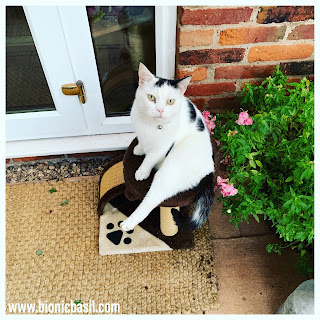 Those of mew who follow us on instagram may have seen on Friday afturnoon that Fudge had a little medical emergency.

He'd been outside in the garden for about an hour, when he appeared in the craft room where the P.A. was wurking on a new project and she noticed his left eye was shut tight.

So she carried him into the house and gently bathed his eye, but he still didn't want to open it.  So a phone call was made to the vet and he was rushed up the Pawspital a few minutes later and luckily he was furst in.

The vet thoroughly examined his eye, put some dye in it to show anything that may have been lurking and then gave him some drops to ease the sudden irritation/discomfort.  He's now having the eye drops twice a day for a few more days just to be sure that whatever was causing the issue is gone.

He's doing so much better and his eye was open yesterday morning and he seems to be on the mend, which is such a relief.

We still aren't sure what caused it, we're just so relieved our little ginger ninja is ok.

Here's hoping mew all have an epic Bank Holiday weekend and the sun is shining where effur mew are and we'll be back tomorrow so hope to see mew then.