Welcome To Friday Fluffers ~ Showcasing The Latest Batch of Photo Bloopers From The BBHQ Archives Starring Angel Snowie's Getting All Hissed Off, Pandora's Tantrum and Amber Will Get Retribution ~ PLUS Friendly Fill-Ins & Some More **EPICALLY EXCITING NEWS!**

And furst on the podium is Angel Snowie, and she's getting all hissed off under the kitchen table in August 2012! 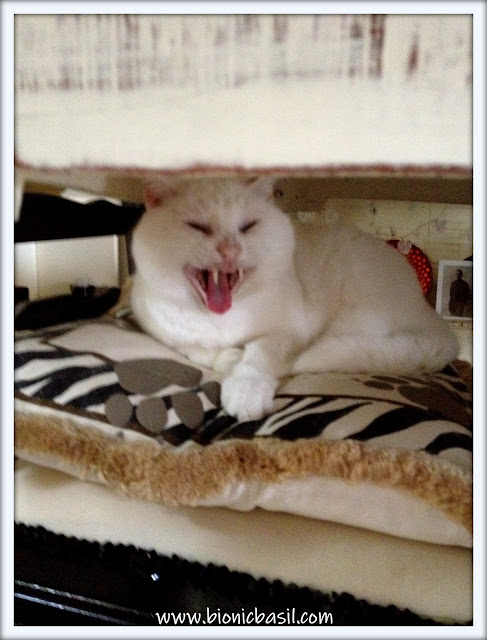 Next up is Pandora's Tantrum from August 2017, don't ask us why she had a meltdown. 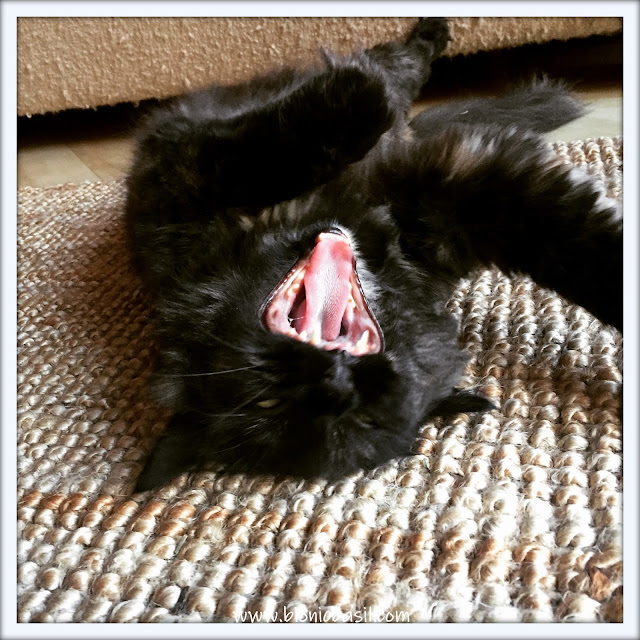 And finally, from April 2017; Amber in THAT hat again, this picture just makes us laugh and laugh and laugh, sadly Amber does not find it funny at all and apparently, she will get retribution! 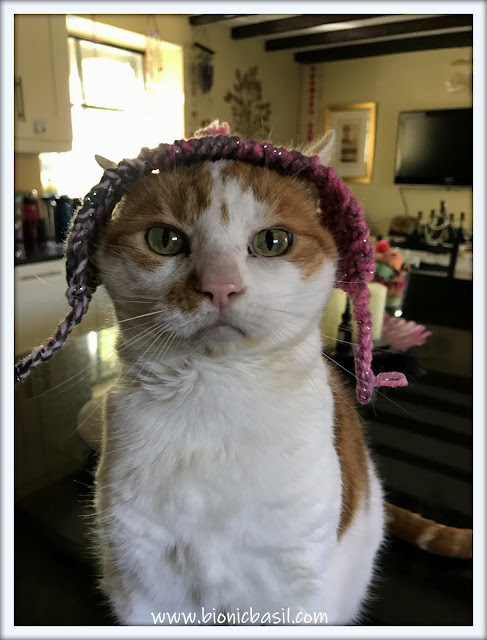 Mew may remember last week when we announced we were nominees in The Best Pet Travel Blog Category for 2020. Well, it would seem that we won that category and are now in the British Travel Awards for the best Telextext blog category, really we couldn't be any more shocked! 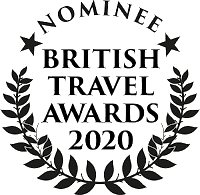 Apparently, this next stage is a voting stage and this is only open to UK residents, so as our blog is mainly read by our overseas furiends, we're afraid to say that it would appear we've probably got more chance of getting on the next Space X mission to Mars than winning, and we don't even have a mailing list either, it's like a complete comedy of errors! MOL

But if mew are in the UK and would like to cast a vote in our favour, mew can use the link below or click on the voting on the left sidebar at the top of the page.

Many thanks in advance.

2. My favourite way to have apples is in a pie with blackberries, either with custard or ice cream, YUM!

3. I was sad to find out that Bob the Street was run over, especially since he had an epic catio, it was just so unfair.

4. Common sense isn't rocket science, but for some you would think it was! LOL

We do hope mew enjoyed today's pics and we'll be back next Friyay with more funny photos.

Stay fluffy, and purr on