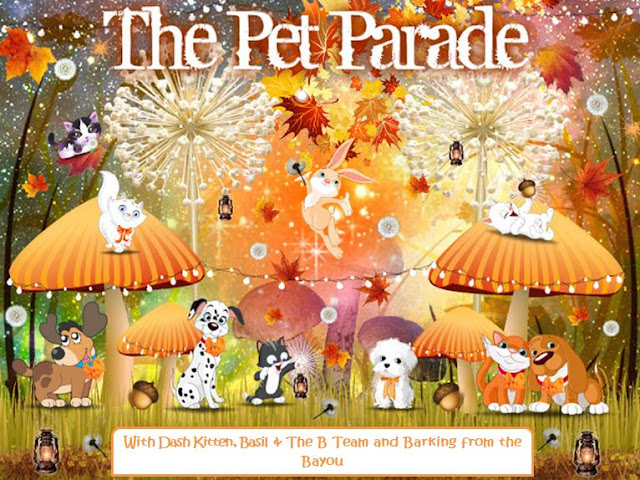 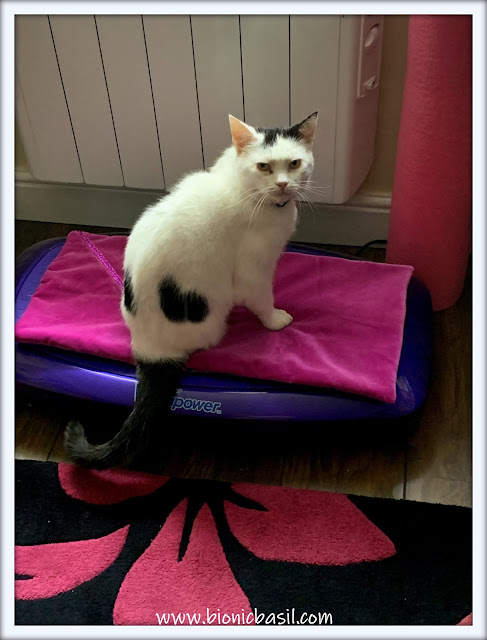 He and Pandora take it in turns to Purrsonal Train the P.A. in the fitness studio at BBHQ, however they were complaining that their comfort needs were not being met during the intense training sessions and if they were to continue in their current roles things needed to change asap.  So the P.A. was left with no other choice than to make a Snuggle Mat for the wobbleboard, as being modelled by Smooch above.

The P.A.'s mum used to have one eons ago, though for the life of us we can't remember what they were called, so if any mew have the answer to that do let us know so the P.A. can go torment her mum about it! MOL MOL

Next up this week is Fence Hopping Fudge...

Fudge loves hopping over the fence and checking out what's going off in nextdoors field and this week he was lucky to have some really great weather while out on his little excursion. 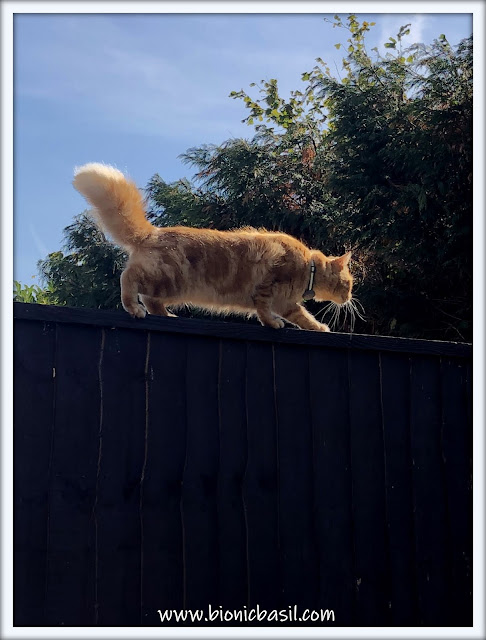 Just as he was returning after his bite-sized 10-minute patrol he spied a big pigeon, he said and I quote, "Basil dude it was the size of a pterodactyl, we could have had a feast but Pandora scared it off with her bad attitude!"

And talking of bad attitudes, that leads us into our final story of the week... 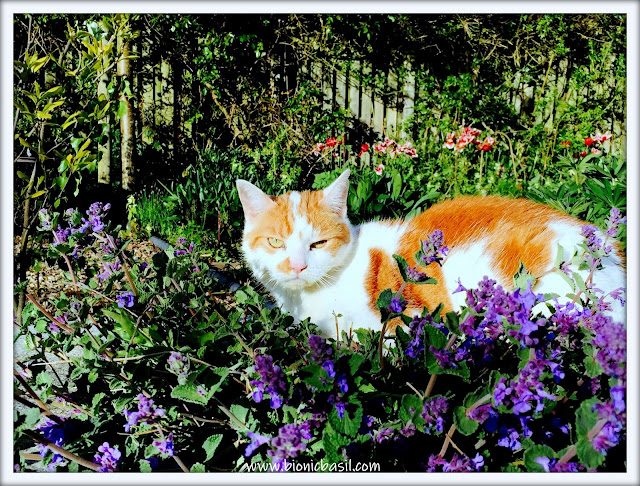 Things didn't go quite as planned for Amber's Happy Catmint Frolick. There she was just about to get all completely submersed or as we like to call it, to go for total immersion in one of BBHQ's most fragrant catmint plants when Melvyn arrived to tell her that her latest consignment of books had been returned to sender because payment had been cancelled.

Appurrently Parsley got wind of Amber's abuse of his credit card and notified his credit card company to advise him of every new payment being made. Amber is now looking for alternate ways to buy her books, any ideas are gratefully received as her bad mood is really bringing us all down!

And before we pop off...

Mew remember last week when we told mew on QT that the P.A. had started the Mogwarts Cat adventure for us, and we asked mew to send some pawsitive writing vibes for her, the great news is she's just started Chapter 3 so it's wurking... 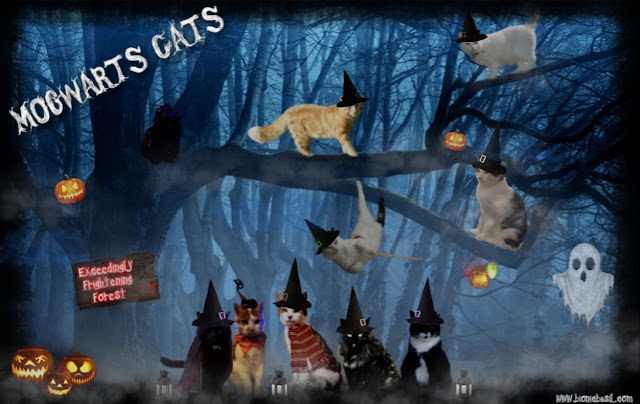 ...purrlease keep sending those epic writing vibes and hopefully, she can get another couple of chapters done this week! #SoExciting

We'll be back on Friday with our final Fluffers post until next year as Amber is starting back the following week with her new season book reviews and a whole new look too, so we do hope mew can join us for our last few bloopers and don't furget to hop along on the Pet Parade below and share your latest posts with us.