Colouring with Cats #10 ~ Getting Your OM on with Mandalas on Mondays!

We know that mew know what time it is....

It's time to get your OM on, so let's begin the week on a supurr chilled and tranquil vibe to get those Zen Harmonies happening fur a stress-free and uber relaxed time till the weekend arrives and especially since Catmass is less than two weeks away and the festive pressure escalates moment by moment... mew guys need this more than effur.

We're having a furry low-key Catmass this year, saving our sanity and Om-ing our way through the holiday season! MOL MOL

So let's begin with our little breathing exercise, purrlease take deep fulfilling breaths; counting to five on the inhale and five on the exhale:

Somepurrdy's just flopped down in the last sun puddle right in your spot, not enough treats left in the bag, and no where near enough brush time... let it go... let it all go... surrender it all like one of those dust bunnies the peeps finds under couch when cleaning and fling it out the window... just let go and breathe... and say OMMMMMMMMMMMMMM 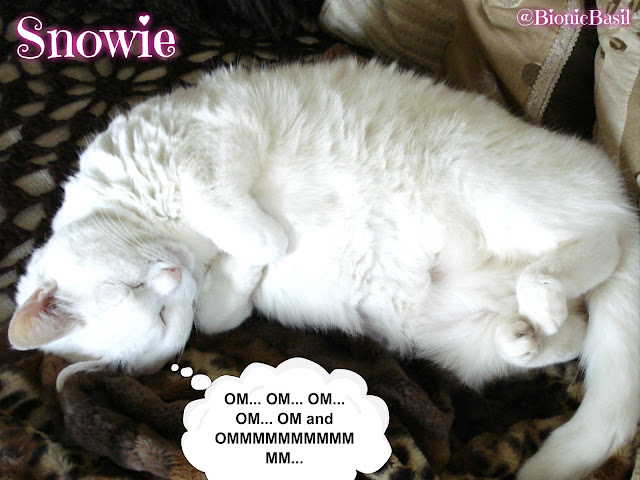 Snowie was purrfecting the Art of Om-ing this week, and we think she's doing a pawesome job! [Just look at all that uber fluffy softness - and the creator of so many dust bunnies under the couch!!! MOL]

Quickly in other other news, I was signed off by the vet on Friday so I'm elated, obviously I'm still convalescing and still have to have my special diet, but pending no relapses I should make a good recovery.  I've also put a few grams of weight on, now I know this doesn't sound much and I do need to get some more bulk on howeffur the P.A. says I do feel heavier, which I was chuffed to bits about.  The fur on my neck and paw is taking it's time growing back, it still feels a bit drafty and I did go outside for 10 minutes today, but that was enough fresh air fur me at the moment, so now I'm going to go and get my 'Om on' on my silk blanky on the bed.

So without further adieu here's this weeks Mandala : 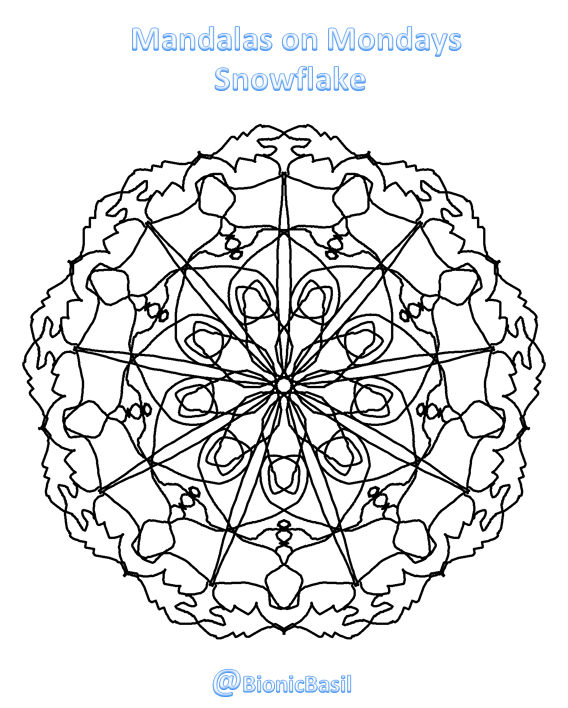 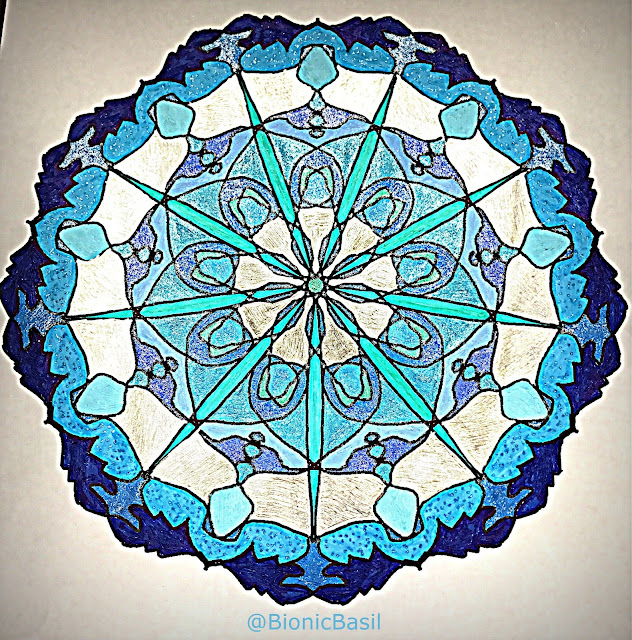 Coloured using metallic and glitter gel pens. [Sorry it's not a better picture, the P.A.'s photography seems to be rather rubbish this week - eeeek!]

Amber will be here again on Wednesday with her book club fur your entertainment, and before we furget, we've been entered into the UK Blog Awards so if any of mew could VOTE for us, that would be truly pawesome.  Voting started last Monday so we're a little late in the game and haven't got a snowballs chance in hell of winning anything but we've got to try right?! MOL

VOTE FOR US IN THE UK BLOG AWARDS