Let's Welcome The Dash Kitten Crew As Our New Hosts, Do Mew Want To Move To Wednesdays? and Amber Has A Mini Meltdown on the Pet Parade Blog Hop No: 259 ~ Hosted by Dash Kitten Co-Hosted by Basil & Barking from the Bayou

Furst and foremost we have to say...

WELCOME TO MARJORIE AND THE EPICALLY EPIC DASH KITTEN CREW

NEW HOST OF THE PET PARADE!

furry many thanks to Rascal & Rocco fur hosting The Pet Parade all these years, thanks guys, mew're amazing and we do hope mew enjoy your blogging break - in fact we feel like taking one ourselves!!! MOL MOL

Oh and we'd like to know if mew would prefer The Pet Parade to be moved to Wednesdays as there's an awful lot of hops on Fridays?

Dash Kitten are running a poll today, so purrlease go vote and let's see who wants The Pet Parade to present WOW on Wednesdays [Wordless/Wordy on Wednesdays].

In other news, this happened!

Amber was snoozing in her basket on the upper landing when she heard the news of The PP's pawsible move to Wednesdays and said... 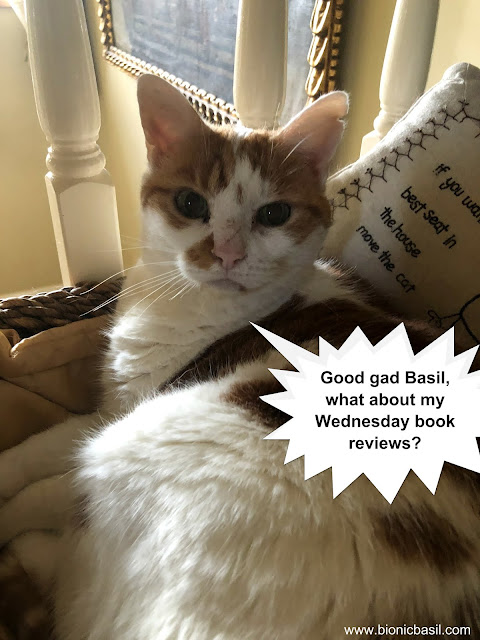 I was on the half-landing just below Amber and I replied... 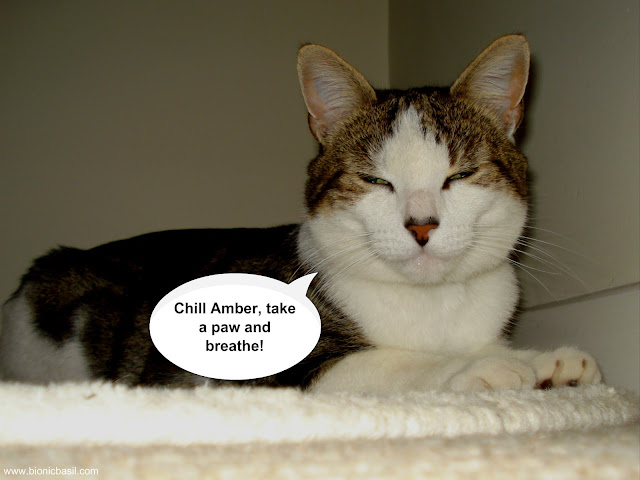 "Don't mew dare tell me to take a paw!" she retorted. "Wednesdays are mine!"

"Amber, if The PP moves to Wednesday's mew'll still be in charge, and yes we all know that each and effury Wednesday from September to May belongs to mew!" I sighed wearily, it was too hot and I was; was being the oppurrative wurd, really enjoying my snooze before her outburst [see I even had post snooze dribble or PSD, that's how relaxed I was].

"Well just as long as mew understand that my book reviews are most important and I shall not be moved!" she went on.

"Amber, nopurrdy is moving mew, mew can still have your Wordy on Wednesdays and if The PP moves to 'your' day then mew'll be in charge," I said, thinking to myself; and that leaves me free to continue with my memoirs.

"Oh mew mean that I get to keep Wednesday's and be in charge of The PP too?"

"Oh," she faltered and then said. "Well that's alright then!"

And so it goes, spats with cats dissipated in less than 5 minutes, and now as it's getting rather scorchio again, purrlease excuse me while I go back to snoozing on the half-landing.

Smooch Around The Wurld ~ Tasmania

Fudge will be here tomorrow with his furry furst solo post, mew definitely won't want to miss that, and then we'll be back with our usual selfie selection on Sunday, so hope mew can join us then, in the meantime we wish mew all an epic weekend