Colouring with Cats #17 ~ Getting Your OM on with Mandalas on Mondays! PLUS OUR NEW FREE DOWNLOADABLE COLOURING BOOK!

We hope mew've had a pawesome lovey-dovey pre-valentines weekend and here's to feeling all lovey-dovey calm and nicely chilled fur the next few days, but if mew're not we know we can assist mew in getting your Zen Harmonies happening and that fuzzy feeling of zen-ness back.

As many of mew know I've not been well and have actually been in the pawspital since last Thursday with a pancreatitis flare-up.  Anyhoo, I've been a really good kitty and have been getting my meds through I.V. and hopefully by the time mew read this I should have been discharged - well that's the plan, home fur Monday afternoon and back with The Heathen Hoard.  Now we've just got to sort out a long term maintenance plan as I don't want this to happen again, so it looks like my diet will be radically radicalized this time.  So I'll update mew with my progress as I continue on my healing journey.

Now let's talk about something far more fun than illness and pawspitals....

Oh wow guys, we were talking with one of the P.A.'s furriends the other week and they said, mew should really turn those beautiful mandala's into a downloadable and printable colouring book, and then we remembered what The Tabbies of Trout Towne said ages ago about making a book, so guess what we did?

We made mew a downloadable and printable colouring book just fur mew!  How cool is that, so epically cool and here it is, with 16 gorgeous mandalas, 15 of which mew have neffur seen before so they are totally exclusive to the book, LIKE OMC we're just so excited to share this with mew! MOL 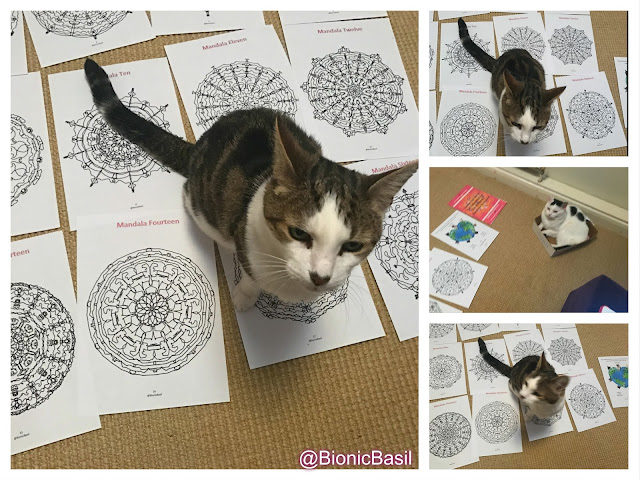 The supurr Hard Wurking Editorial Team @BionicBasil selecting designs fur the book, and we listened to the P.A. when she said she really didn't like colouring books with a pattern on effury page as it meant that if mew used anything other than coloured pencils the ink went through the page and ruined the design on the reverse sheet and even on the opposite page!  So we've made our book with one design per page so mew can print it off and have no wurries about what kind of medium mew colour it in with, plus mew can use whateffur type of paper mew like to try different effects.   Plus there's a good selection of mandalas, easy through to hard, so there's something fur effuryone.

And we even made a cute book cover and effurything! 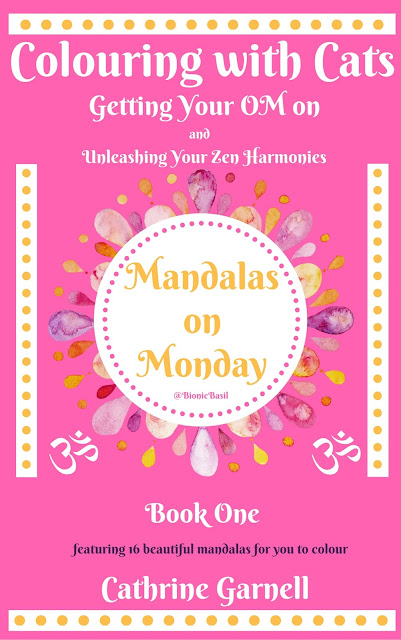 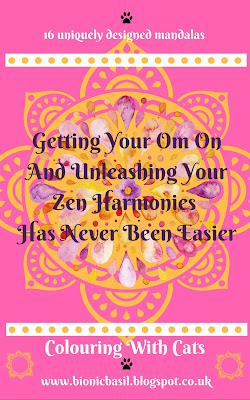 The Dash Kitten Crew did a lovely review fur us on Friday and mew can read it by clicking here:

Thank mew so much Phoebe, we loved what mew said!!!

So without further adieu here's this weeks Mandala and as it's Valentines Day tomorrow we thought we'd do a lovely heart fur mew: 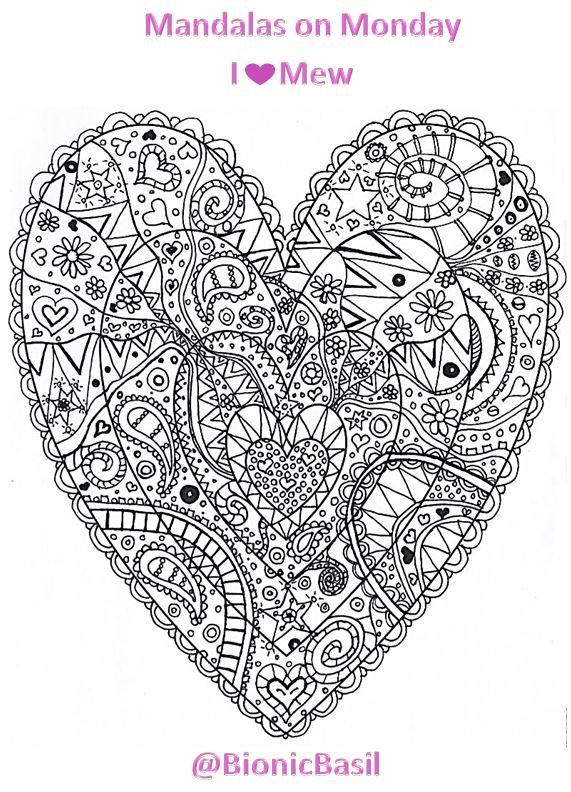 And here's the P.A.'s finished colouring, she said that she left some of it uncoloured as she really liked the patch-wurk effect. Not that she was being lazy and couldn't be bothered to finish it - The Kitty Jury is still deliberating on that! MOL 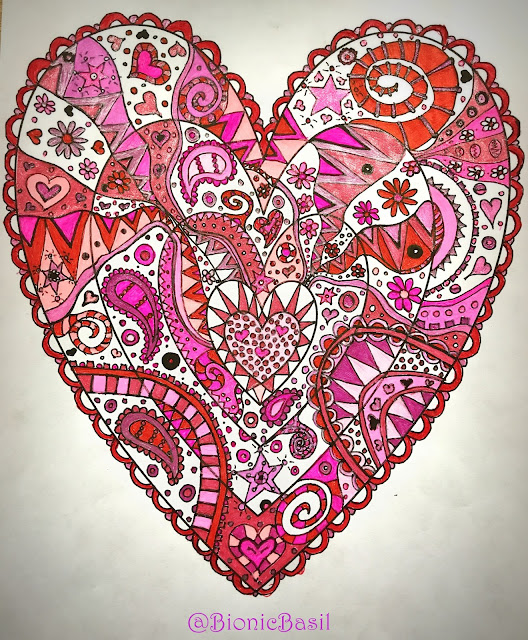 And just before we go, as it was the P.A.'s birthday a week last Sunday we're giving away beautiful colouring book which also has a wurdsearch on effury page and a gorgeous semi-precious gemstone bracelet designed and made by the P.A..

To win these fab prizes just leave us a comment on last weeks post, yes mew've still got time and we'll draw a name out of the hat later this evening. 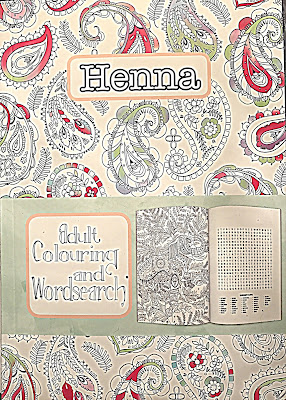 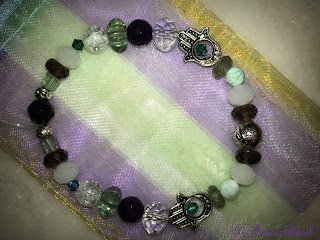 Posted by Basil and The B Team ~ BionicBasil ® at 02:00
Email ThisBlogThis!Share to TwitterShare to FacebookShare to Pinterest
Labels: adult colouring, arty farty, colouring with cats, Free Colouring Book, free colouring mandala, getting your OM on, Give Away, I Heart You, keep calm and colour OM, mandala monday, OM, Zen Harmonies