Sunday Selfies #130 Happy Birthday to the P.A. & Blog Hopping with Cat on my Head 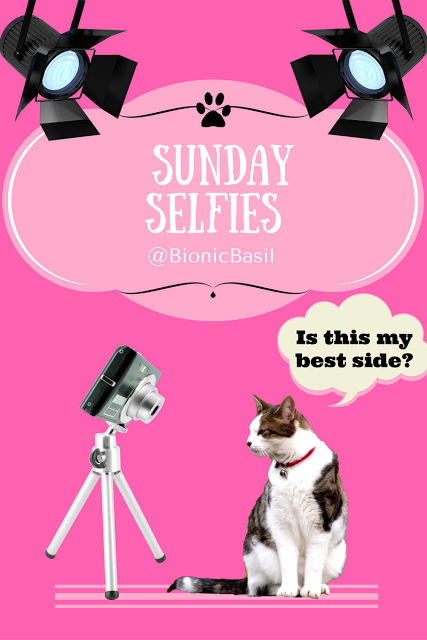 And no, she wasn't really found in a cabbage patch, though she's adamant she was!!! MOL MOL

Anyhoo, as we constantly post pictures of ourselves, like all the time, we thought today that we'd have a chuckle at P.A. now she's turned three hundred & elebenty two in cat years.

Below, about a bazillion years ago, mew can see that the P.A. clearly has no idea about the physics of seesaws, her older brother obviously trying to explain the dynamics of seesaw-ing, but sadly the P.A. has always done things in her own way. 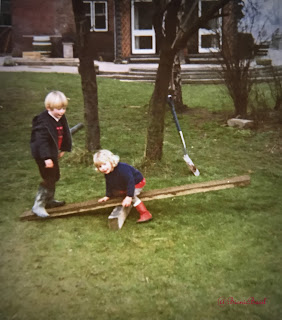 Below, in 10,000 B.C. fur the Queens Silver Jubilee Village Parade; fancy dress compulsory, the P.A.'s mum at the 11th hour and 59th minute dressed her as a ghost, yep she wore a sheet with holes cut in - like OMC she really didn't walk down the Main Street wearing a sheet did she!!!???  The shame of it, purrlease don't tell anypurrdy - shhhhhhhhhh.... 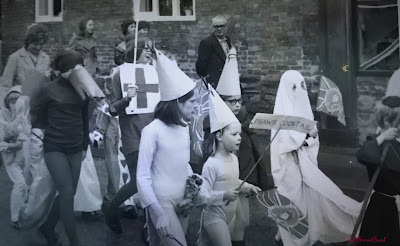 And finally, sometime in 300 B.C. trying on wigs in Selfridges in London, her husband and brother walked straight passed her three times until she spoke. 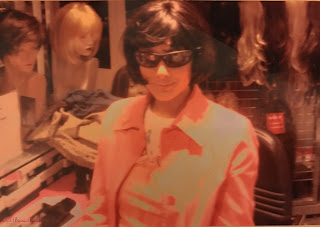 Oh the joys of getting older, the P.A. is amazed she's got this far and is really grateful that her mother named her Cathrine aka Cat and then gave her the initials C.A.T. too, because in her weird and bizarre sense of purrception she figures she's got 18 lives due to being a CAT CAT.

So on that note, let's have some cake courtesy of the cake mouse, and no we couldn't fit three hundred and elebenty two candles on it! MOL

And just before we go we have more breaking news on The Time Travelling Bobble Hat, it's featured back in the States with all the amazingly beautiful kitties from 15 and Meowing, so mew must go visit and see their epically epic photo's!  Smooch and Parsley have now added their £2.00 to the 'Kitty Fund' and we're up to £64.00 WOO HOO, thank mew so much guys!  And if mew missed Binky from AngelWhisper2011 wearing it on Wednesday, click here to see her pawesomely fabulous foto's!