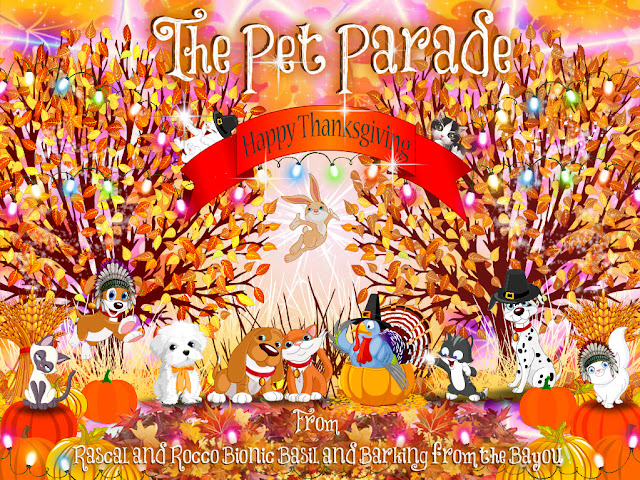 Welcome to our weekly round-up on The Pet Parade. And we hope all our fabulous furriends offur the pond had a totally wunderpurr Thanksgiving yesterday!

We had a modest picnic in the forest as usual, though it was furry sad not to have Snowie and Humphrey with us this year, but we know they were there in spirit with Posie too.

We had a special toast to absent furrmily and furriends and gave thanks fur all the blessings in our lives. 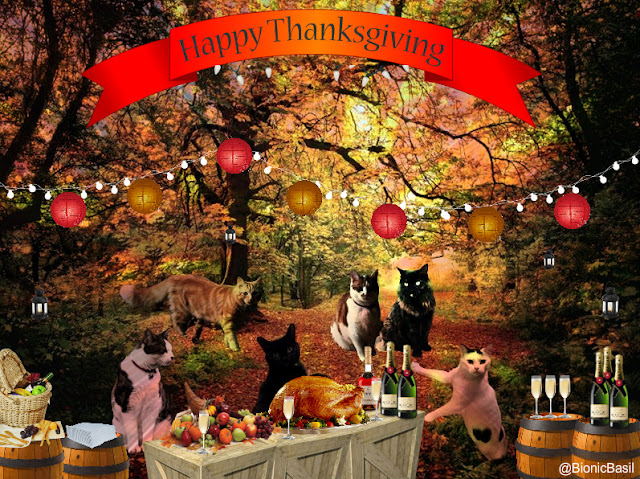 Oh and before we furget, last night one of our pawesome twitter pals Angel RZ who actually looks just like me, asked if we could give a special shout out to

who wurk tirelessly in the purrsuit of feline rescue and re-homing up in Yorkshire [which is just offur 60 miles away from us].

Check out their adoption page, as there are some beautiful kitties looking fur their purrfect hooman right now!

Are mew that special hooman?

And if mew can, go give them a like on their Facebook page and let them know what an epically epic job they're doing.

Moving on, in other news, we've had a few peeps of late ask us to do some sponsored product posts, so we'll be sharing those with mew offur coming weeks.

Also normal programming should resume in a couple of weeks as we're coming to the penultimate episode of The Last Big Jolly next week, so while in one respect we'll be delighted to conclude our 15 part adventure, on the other paw it means that it will be the last purroper adventure with all The B Team fur a while.

Anyhoo it's time fur us to go clean up yesterdays mess, as the P.A. will go mental if she sees we've left any litter about - well mew can't pick litter up in the dark when mew have too much nip rum!! MOL

Oh and we haven't put the P.A. out to pasture yet, as rather bizarrely we've not had much interest in last weeks fabulous job offur of a lifetime!

We'll be back tomorrow with a special guest post and then again with our usual selfie selection on Sunday.  We hope mew can join us then, in the meantime we wish mew all an epic weekend

Posted by Basil and The B Team ~ BionicBasil ® at 01:00
Email ThisBlogThis!Share to TwitterShare to FacebookShare to Pinterest
Labels: Barking from the Bayou, Bionic Basil, Blog Hop, keighly cat care, Rascal & Rocco, thanksgiving, The Pet Parade