Today I turn 6, can mew believe it already?  I've been here at BB HQ just a tad under 4 years and my actual Gotcha day is 14th of September, so we'll have a double celebration with our give-away, what say mew my fine feline furriends? 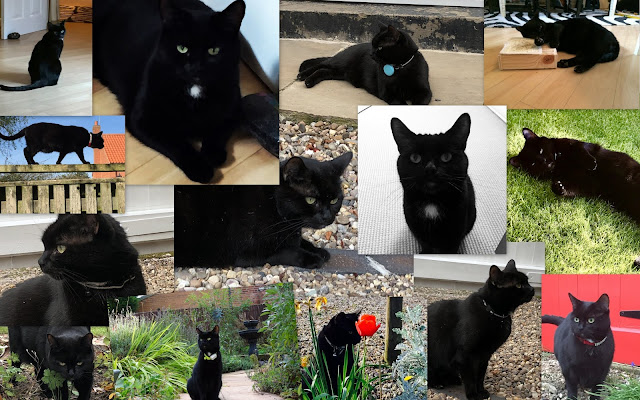 Pawesome Pipo sent me this most magnificent birthday card, thank mew so much dude I love it, mew're EPIC! 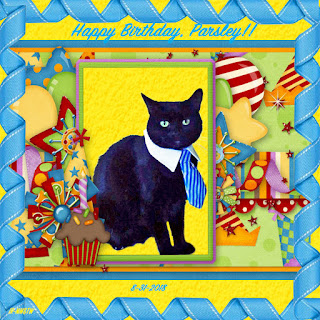 So Happy Birthday to me and let's get the pawty started!!!

The give-way is open wurld-wide** as usual, and all mew have to do is leave a comment below.  We'll do the video draw fur the winner next Friday at 5pm, so mew have until then to enter and we'll post the winner on Caturday!

We hope mew all have a totally wild time, if mew need to chill we have allocated the Crystal Room as the zen-zone, so mew can have a snooze, take five or just crash out.

Thanks so much fur coming

Parsley and The B Team

Glitter Text www.picasion.com
Gifs and Glitter Graphics www.glitter-graphics.com
Other graphics created with paid licence www.canva.com  and www.pizap.com
Posted by Basil and The B Team ~ BionicBasil ® at 01:00