Garden Patrol with Melvyn, Snuggling with Fudge and Halloween in July with Smooch on The Pet Parade 363 with Dash Kitten, Barking from the Bayou and US!

Furst up in the news this week is, who the fluff is eating the garlic plants?

Melvyn is upping his garden patrols since we found some garlic plants had been pulled out of the pot and were discovered in the middle of the lawn.  We don't know who or what is attacking them but at this rate there'll be non left! MOL 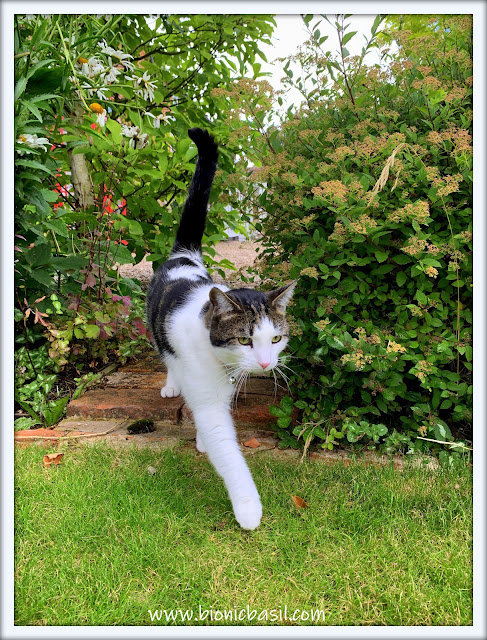 Melvyn is hoping to catch the purrpetrator very soon!

In other news, Fudge is not known for getting snuggly-buggly with anyone but recently he's changed his mind and is really getting into a 'nesting' snuggle vibe. 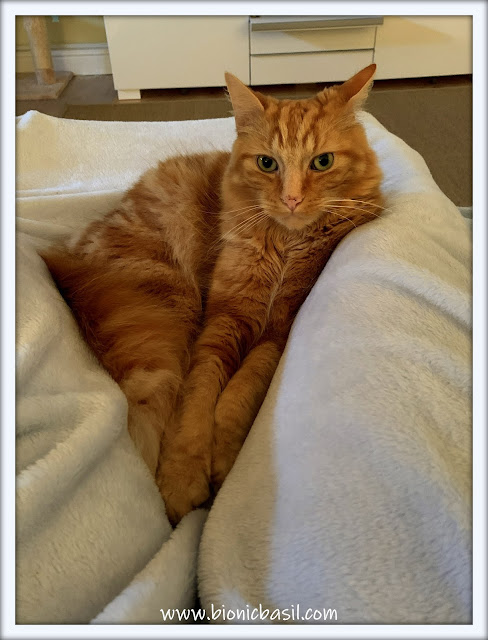 Oh and he likes to be called Mister Fluffy at the moment, don't ask us why he just keeps saying, "Call me Mister Fluffy!" MOL

And next up this week: Smooch loves the Haunted House and when the P.A. is wurking in the craft room he's often found taking a snooze, so he's having Halloween in July, oh and he's using a catnip Easter egg as a pillow, so it's Easter in July too! 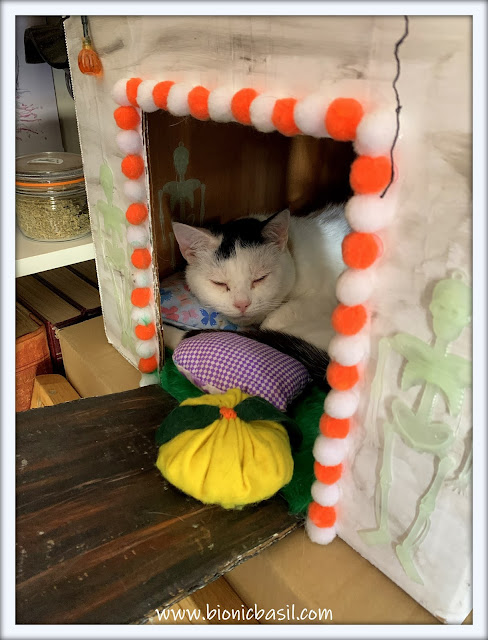 And finally just before we pop off...

Crystal and Daisy Mae asked last week, if Fudge ate all the treats himself or did he share?

Mew see those in the dish, he ate all of those to himself, but there were plenty more in the bag, so effuryone got to try! MOL

We'll be back tomorrow with my last Brain Training post of the current season until the autumn/fall so we do hope mew can join us then and don't furget to hop around the wurld with us on the Pet Parade below.

Graphics created with paid licence www.canva.com
Posted by Basil and The B Team ~ BionicBasil ® at 13:30