Cats In Sinks, Who Cut The Catmint, New Pages and A Dating App For Cat Lovers on The Pet Parade 366 with Dash Kitten, Barking from the Bayou and US!

Furst up this week is... Cats in Sinks!

Amber used to be the resident sink cat, but that was many, many moons ago and since then no-purrdy has really been interested. Then out of the blue the other day Parsley decided to claim the title, so here's the latest sink cat picture from BBHQ! MOL 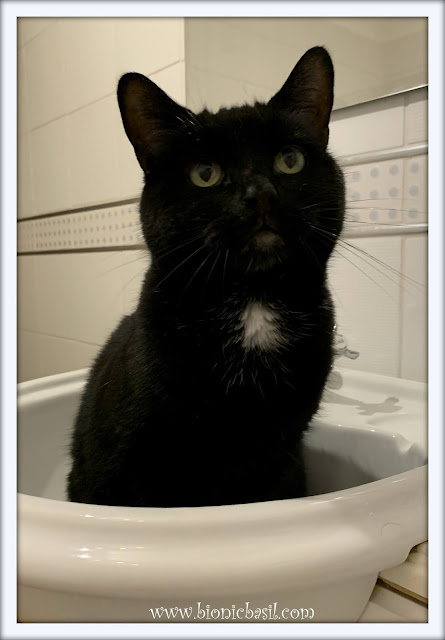 Also, it's Black Cat Appreciation Day on Monday so do visit to see oodles of pictures starring Parsley!

Next in the news is.. Who Cut The Catmint? 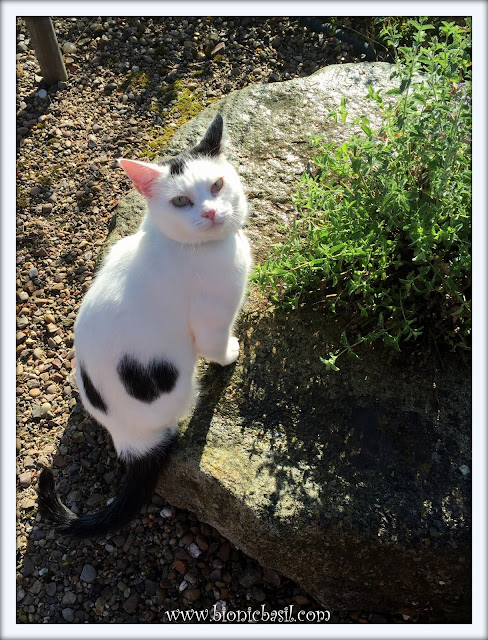 I'm so NOT impurressed with your snipping skillz!

The other day the P.A. gave the catmint a bit of a trim and Smooch was not a happy camper when he saw how much had been trimmed, then he had an epic cat-niption when he found out that the P.A. had composted it! #OOPS MOL

Also in the news this week, we've had a bit of a blog tidy up and moved some stuff around to try and speed up the loading of the blog.

So we've made two new pages:-

This has freed up a lot of space from the footer and removed a lot of graphics, so the home page should be quicker now. We found that Microsoft Edge loads quickest, followed by Firefox and then Chrome is the slowest, go figure, mew'd think Chrome would be supurr zingy as its owned by Google who owns the Blogspot platform!

Anyhoo if we've missed any hops off the new blog hops page, let us know in the comments and we'll add them.

Click here to read the article on Metro.co.uk or go directly to Tabby at Tabbydates.com the cat purrsons dating app. It is available on ios now, and the android platform is coming soon, so they've got mew covered.

They are also featuring new products and toys for cats, and for all those cat peeps looking for lurve mew no longer have to wurry about sifting through oodles of 'non-cat liking peeps' plus mew can add your kitties details too in order to get matches #pawesome!

**FYI this is not an endorsed or affiliated article, we shared it because we wanted to.**

We'll be back tomorrow with a sponsored post so do hope mew can join us then and don't furget to hop around the wurld with us on the Pet Parade below which we've made easier by instating right-click to paste your details.