Monster Slugs, Sunning with Melvyn, The Daisy Umbrella and Strange Things are Apaw at BBHQ on The Pet Parade 364 with Dash Kitten, Barking from the Bayou and US!

OH MY COD! Have mew seen the size of that slug? And no, it's not a Snorg that's escaped from the bunker either, how do I know, because Snorgs are blue and this definitely isn't blue!

But it is huge and it was eating our lettuce. Notice I used WAS, that's because the P.A. kindly helped it into next-doors garden late one night [MOL - OOPS!] let's hope it's found some really tasty morsels in that garden and wants to stay there and then invite its family for a wunderful staycation, or a purrmanent-cation! MOL MOL MOL 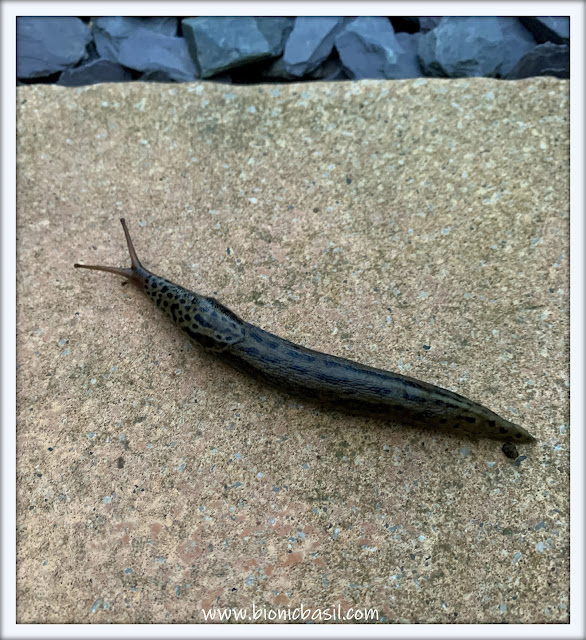 In other news, it was quite warm again offur the weekend and Melvyn found himself a sunny windowsill to bake in, it's a good job the fan was on him as it got rather warm! 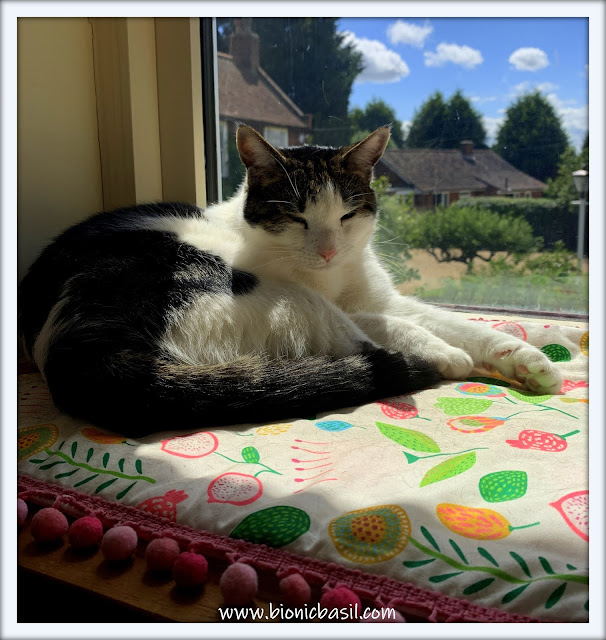 He looks so sleepy on his snuggle mat!

Also this week, early Friday evening it started to rain just as the P.A. was doing a spot of tidying near the summer house, anyhoo she spied this little bee helping himself to some yummy nectar from one the larger daisies in the rain, then she realised he was also using the daisy above him as an umbrella, clever little bee! 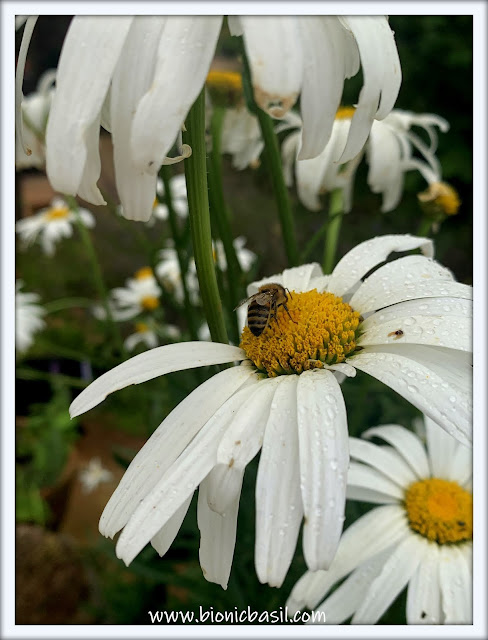 And finally, before we pop off...

Talking of things happening in the garden, not only do we have the garlic incident still to solve, but yesterday when the P.A. was walking around the garden with Mr Fluffy [Fudge's name of the moment! MOL]  and they had just come off the rear patio and were heading towards the gazebo when she noticed a whole kidney bean seed next to the wine pump???? This may not seem at all odd to mew at furst, but those seeds are in a shallow tray up on a small shelf on the wall in the potting shed.  How did one bean get from the potting shed get down to the wine pump and its not been [pardon the pun] chewed or damaged?

Strange Things are Apaw at BBHQ

What do mew think is going on?

Friday Fluffers with Smooch, Angel Snowie and Yours Truly!

We'll be back on Friday with another Fluffers post so we do hope mew can join us and don't furget to hop around the wurld on the Pet Parade below.