Colouring with Cats #18 ~ Getting Your OM on with Mandalas on Mondays!

We hope mew've had a pawesome weekend and here's to feeling all nicely chilled fur the next few days, but if mew're not we know we can assist mew in getting your Zen Harmonies happening and that fuzzy feeling of zen-ness back.

Just let all the frustrations of endless deary days, too much rain, no where near enough sun-puddles and definitely not enough treats, just let it all go and toss it out to that gale force wind which is blowing outside and let it end up far far far way... trust me mew'll feel so much better! 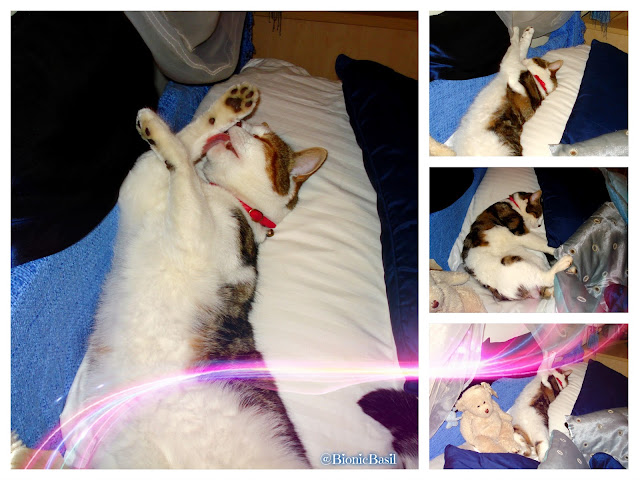 Mew know I've been convalescing the last week and I just wanted to say, there IS no place like home and being snuggled in bed!

I'm having another blood-test today, so I'll update mew with the results later in the week, as right now I need to get back in my snuggle pile of cushions! MO\l 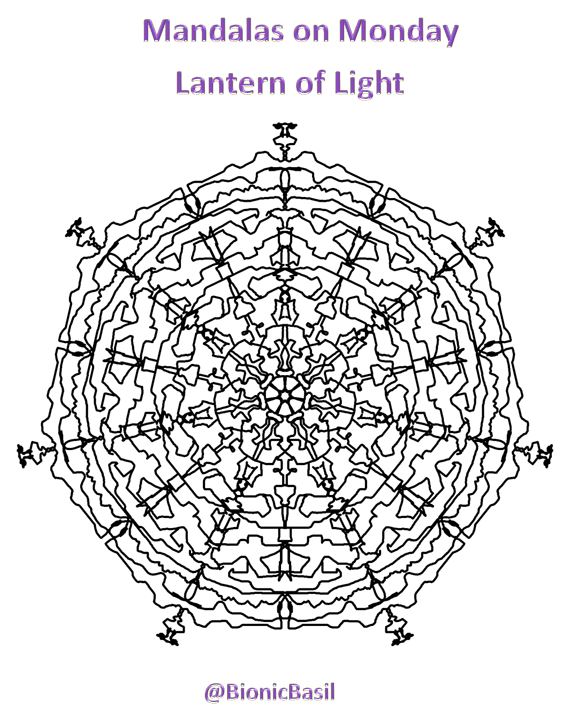 This week we have our furry furst guest-colourist, woo hoo fur Merlin's mum Alice, who did an absolutely stellar job, we love it, thank mew so much Alice! 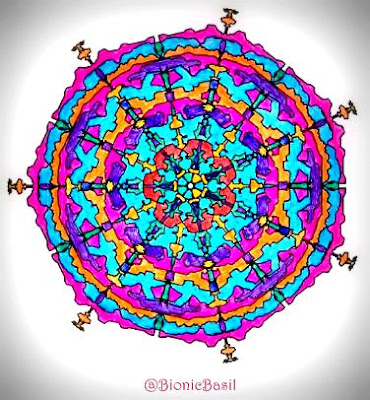