Welcome to The BBHQ Midweek News Round-Up ~ Follow The Floof Some More with Fudge, Smooch Got Moved Into The Shade AND It Rained All Day Caturday **PLUS** BBHQ Q&A 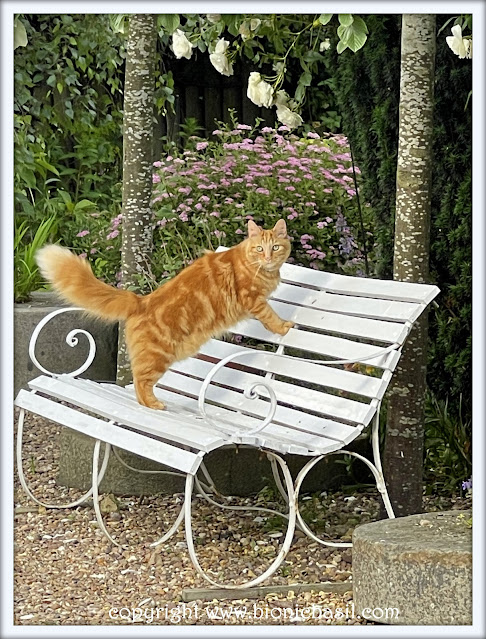 Follow the Floof Day Six is coming later this week.

Smooch Got Moved Into The Shade

Last week was rather warm, and on Thursday it was especially hot, and Smooch was laying on the bench in the courtyard in the full sun, so the P.A. picked him up and placed him on the right side of the bench, which was in the shade and about 8 degrees cooler! MOL 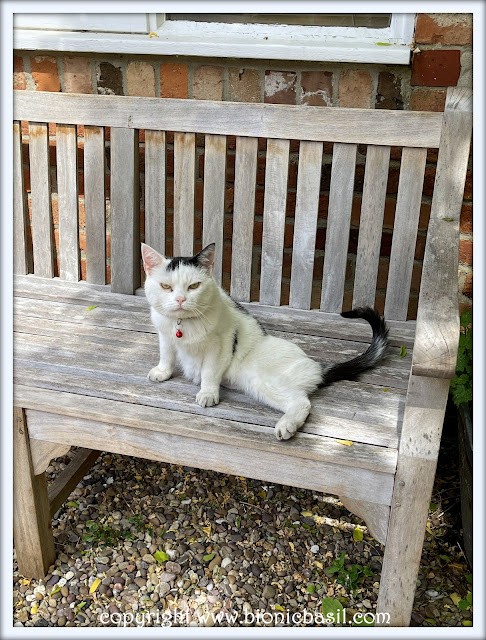 And this was his reaction, so funny!

It Rained All Day Caturday

And after the hot weather on Thursday and Friday, it rained all day on Caturday. 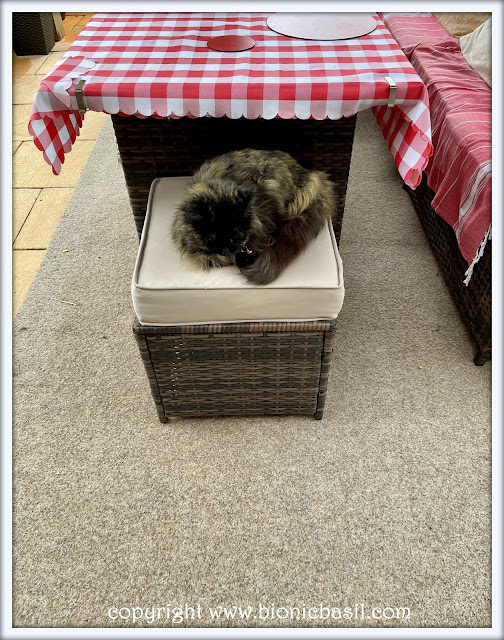 Pandora loves being in the garden, and she spent hours snoozing under the gazebo while the gentle rain pitter-pattered down.

This was great for the trees and all the plants in the garden, as they got a lovely soaking at a gentle pace, and it meant the P.A. could have a day off watering all the pots.

It's also quite hot again this week at BBHQ, so the door painting is not happening, as the P.A. will probably burst into flames if she's out in the sun too long! MOL

If mew have any questions for us, about anything, ask away and we'll answer on next week's post.
Plus we'll also answer any questions left in the comments over the last few days in this section too.
Edie asked:
Is Smooch knitting a tank cozy in the craft room?
Smooch's reply: Sadly, that's the wrong answer, but I'm sure Jake will love what I'm creating! MOL MOL
Wendy asked:
Are Smooch and Melvyn related?
No, they're not related. Smooch came from a feral family at the P.A.'s work in 2012, mew can read all about his early days here. And Melvyn arrived at BBHQ in 2019, his debut was on our Valentine's Day crafting post, and I don't think we've ever shared his story, we must do one at some point.
Eastside Cats asked:
Am curious if you've ever contacted a psychic or wizard to help you communicate with any of your ghostly visitors?
Yes, we had a couple of psychics visit BBHQ, I think we spoke about one of the visits here, although not in-depth. The P.A. will divulge more in the autumn/fall.

That's us done for today, Amber will be back on Friday with another fab book just for mew and her very last review of the current season, and if mew missed yesterday's post click here to join in on Fudge's 7th Birthday pawty and Giveaway.