Colouring with Cats #23 ~ Getting Your OM on with Mandalas on Mondays!

We hope mew've had a fabulously chilled weekend, ours has been fab, the new lawn is done and the suns been shining all its warmz on us.  So let's get mew feeling all nicely relaxed fur the next few days, but if mew're a little tense or stressed we can assist mew in getting your Zen Harmonies happening and that fuzzy feeling of zen-ness back.

Now, we don't know about mew but we love a bit of earthing, what is earthing we hear mew ask?  We know some of mew will have already heard of it, but fur those that don't know; earthing is going barefoot on grass and this helps our bodies in all kinds of ways. Our pawesome planet is full of natural energy as are all living things, so when we walk barefoot on grass or sand etc... [not man made things like roads or pavements] our bodies connect with the subtle energies within the earth and help restore vitality and ground our energies. 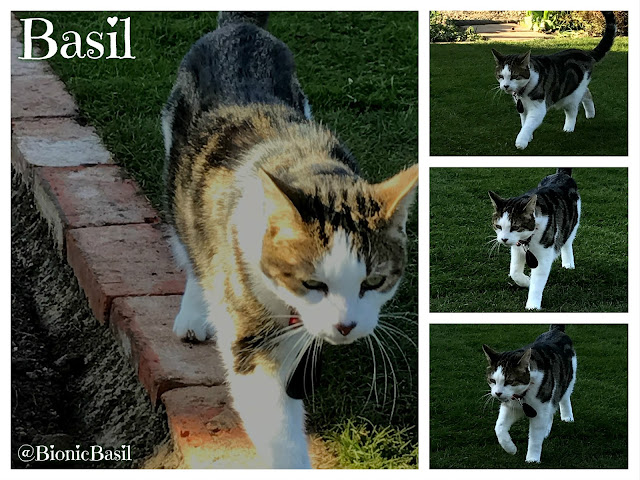 Do mew effur touch something and get a static shock?  The P.A. can touch light switches or certain things and there'll be a huge crack of sound and sometimes even a blue flash, so she goes outside barefoot on the lawn and grounds her energy, then it doesn't happen again fur a while.

It also helps to remove excess positive electrons that build up in the body, which in the modern wurld is completely unavoidable due to a constant barrage of EMF's, wearing rubber soled shoes, never walking barefoot and being out of touch with the natural wurld.

So this week, if it's sunny where mew are, just go and stand on some grass fur a few minutes and see how mew feel, we can guarantee that mew'll feel so much better, go dump all the stress build up into the earth and breath deeply.

The P.A. even has an earthing mat fur during the winter months when she can't go barefoot outdoors, so if mew live in an apartment, or where it's difficult to get your cute tootsies on some lawn, get yourselves an earthing mat and enjoy the same benefits from your favourite snooze spot.  Me and The Hoard can often be found sitting on the earthing mat when it's out.

The P.A. has also noticed that Fudge has a lot of static as when she picks him up as they often share a little jolt of electricity, so she's putting him and his ginormous floof tail on it too when there's no outside time.

Mew can see Smoochie below really getting his earthing happening, he loves it! MOL


So this week get yourselves grounded and those zen harmonies happening.

All the mandala's featured are designed and created by us, unless otherwise stated.

So without further ado here's this weeks mandala: 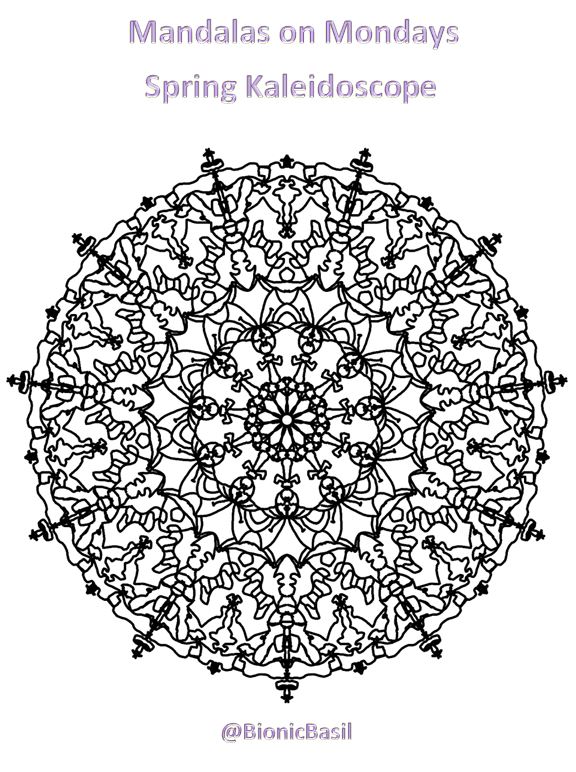 This week Merlin's mum Alice, who has been our guest colourist and colouring the mandalas fur the last few weeks, did another amazing colour combo this week - Thank mew so much Alice, we really think today's mandala is just a wunderpurr colour explosion!!! 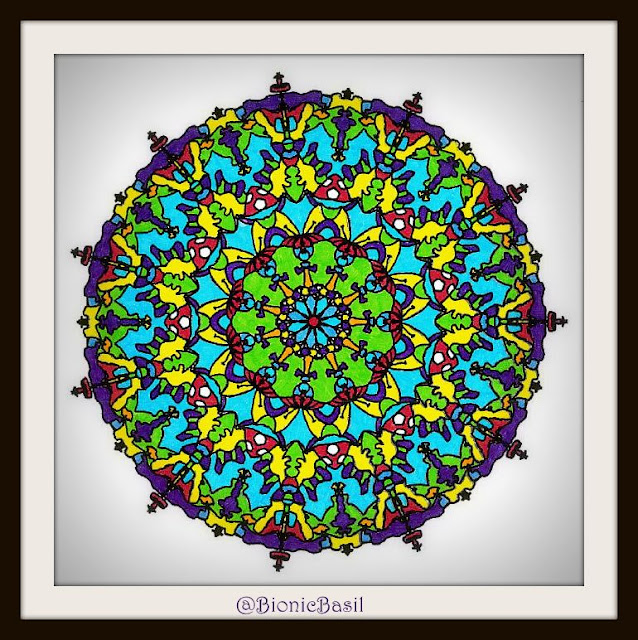 
Bestest chilled and most soothing purrs