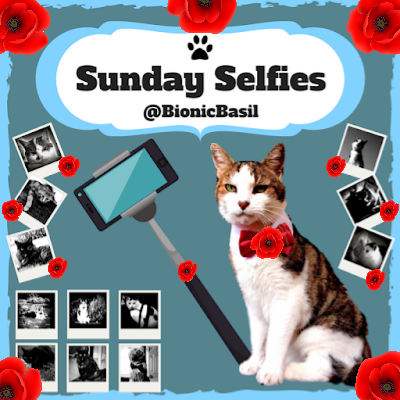 Welcome to another selfie selection and today, our theme is: 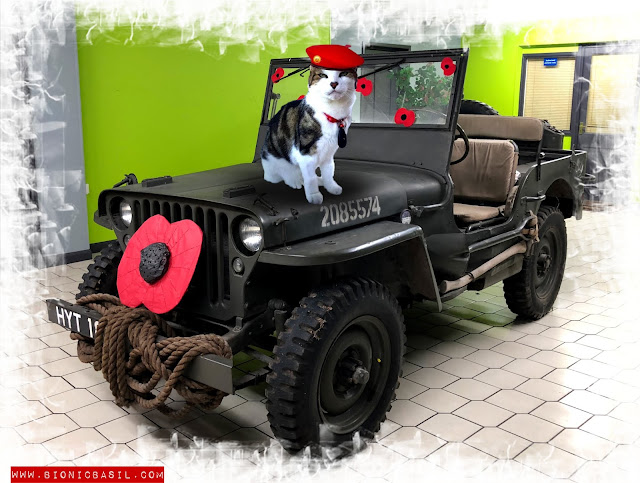 Today is a supurr impawtant day in Mewton-Clawson, 100 years since WW1 ended.

And let us tell mew all why it's a big day fur us.

The P.A.'s Grandfather fought in the Battle of Passchendaele; he was shot by German soldiers and then was put in a mass grave.  Luckily another German soldier saw him move and pulled him free. He was then taken to a German POW camp were his leg was amputated below the knee. He got gangrene, and a second amputation was carried out, he  was finally released aftur many months as part of a prisoner exchange.

Upon finally returning home, the remainder of his leg was removed almost to the hip and he used a wooden leg enabling him to walk, but he did more than walk; he literally built a business from nothing, had a family and left a legacy which now the P.A. runs with her mum.

Though he neffur spoke of his ordeal much, the P.A.'s Great Aunty got to learn of the horrors he suffered, hence the reason we know his history today. 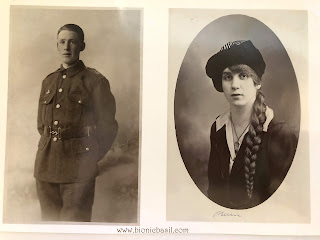 Grandpa Fred died in 1946 when the P.A.'s mum was only 3, and the P.A.'s Grandmother was left with 5 children under the age of 10 and a business to run. The P.A. gives thanks daily fur her Grandpa's grit, courage and determination and hopes she has made him proud.

Today we give thanks to all the brave soldiers and anipals who lost their lives in that war and all wars since.

It it wasn't fur them, our future today would be furry different

We salute mew all

And on that note, we'll wish mew a blessed day, and we'll be back on the morrow with our regular Colouring with Cats, so hope mew can join us.

Commander Basil from the RB & The B Team xox

Graphics created & used under paid licence @www.canva.com
Lest We Forget from glitter-graphics.com & Poppy Graphic
Posted by Basil and The B Team ~ BionicBasil ® at 11:11