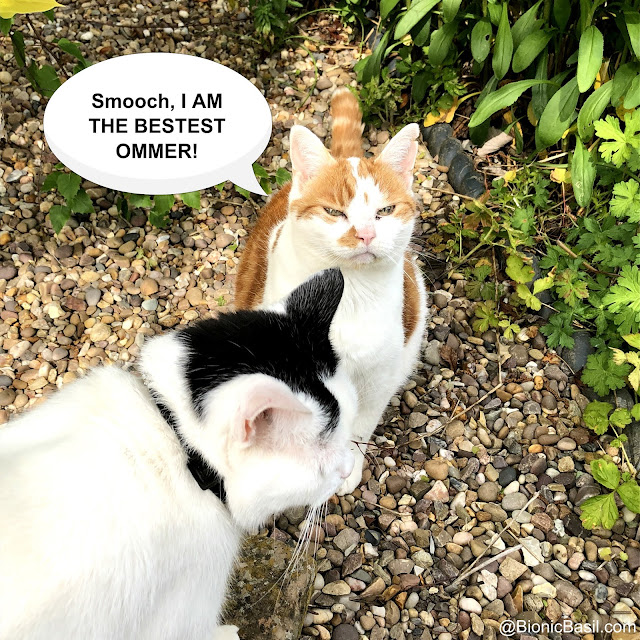 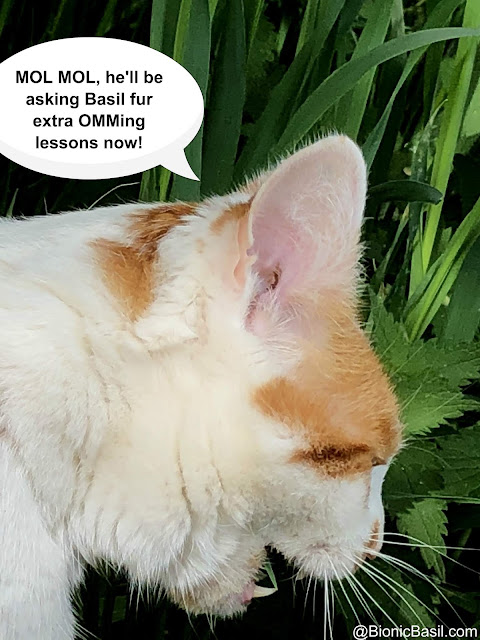 Now, this isn't a story fur effuryone, i.e: younger kids - NO, as it does deal with some of life's harsher realities of living in the modern wurld, on the streets, drug use and the recovery from the aforementioned.  So those of mew who are thinking it's all about Bob, it is and it isn't.

Bob like all us kitties, is a rather remarkable and a wholly unique feline, and he and James do have a rather special bond.  And I know what mew're thinking; we all do with our hoomans, yes and while that's true and I unequivocally agree with that statement, Bob is a much more intrepid than most felines, as he would go with James busking on the packed streets of London, selling The Big Issue, riding on buses, sitting on James's shoulder as they cycled through busy, traffic-filled streets, and I think that's what endears Bob to the public, because of his loyalty to his adopted Dad and his go anywhere and do anything attitude.

Oh and just before I pop off to go herd some sheep, yes mew heard me right, and it's all to do with next weeks review, which mew won't want to miss as it's my last before I take my summer vay-cay. I just wanted to say that Bob's peeps have made some pawesome cartoons, so do go check them out as they're adorable.