Pet Peeves with Parsley #20 ~ What's Your Boggle This Week? Amber Has A Propurr Meltdown - OH MY COD SOUND THE ALARM! 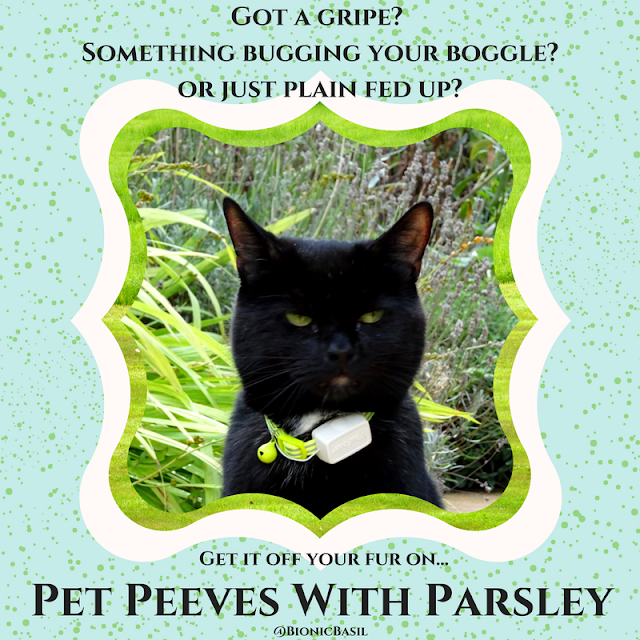 Oh my it's really been hotting up the Peeve Office [P.O.] this week, in fact it got so scorchio we nearly had a full-on meltdown as Amber had her boggle seriously bugged when the interwebs stopped wurking right when she was spending credits at Audible! OH MY COD!


Yes, she went absolutely off her chops!

It would appear that Amber is having a quite bad week, as yesterday she was informed that she was required to leave her library to go rescue Fudge - OOPS!

So anyhoo, there she was mid download of several new books when the interwebs connection unexpectedly crashed.  I'd just emerged from the bunker entrance behind the summer house when I heard the furst scream and then she screeched... 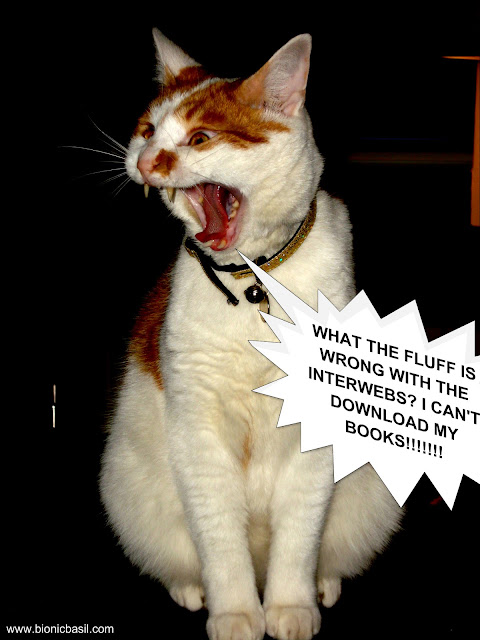 ...and then she shrieked rather hysterically [but obviously don't say that I said that! MOL]... 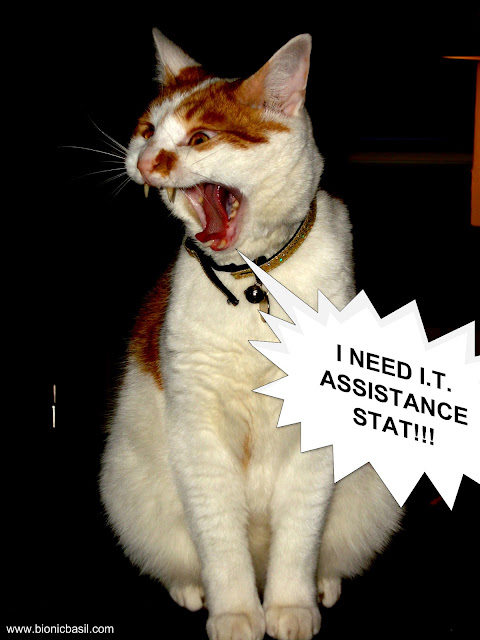 I rushed to the library to find out what had happened. "Amber, are mew ok?" I asked.

"NO I AM NOT OK!" she raged like a total lunatic. "I was just downloading 4 new books and I was also mid purrchase of 3 more when the connection crashed, I am so far from OK it's not funny!"

Oh heck, I thought, this is really bad as getting between Amber and her books is like falling in the ocean with a starving, great white shark when somepurrdy is throwing chump deliberately at mew in the water as mew're trying to swim away - NEVER EFFUR EFFUR MESS WITH AMBER'S BOOKS, AUDIBLE CREDITS OR BUYING OF BOOKS ~ seriously Amber should come with a government health warning!

"Wait there and I'll go reboot the router in the bunker," I said gently and then pointed to her chair [which nopurrdy is allowed to sit in but her] and added. "Sit down, take a sip of your nice cup of nip tea before it goes cold and I'll be back asap!"

I ran from the library across the courtyard and dived into the bunker. I reached the server room and saw that the light on the router was blue and my heart sank... OH HECK, I thought again, that's a gonner fur sure!

I reached fur the fixed bunker phone and buzzed up to the control room. Smooch answered. "Smooch here!"

"Dude we've got a situation!" I said filling him in as quickly as possible.

"Oh man, that's so bad," he replied taking a sharp intake of air. "Let me go ask the P.A. if she has any idea's, wait there I'll buzz mew back."

While I waited fur Smooch, I checked effurything in the room and all was fine apart from the router.

The phone buzzed and I answered saying, "What's the good news dude?"

"Dude, this is our lucky day fur sure!" Smooch laughed. "The P.A. had a brand new router in a box in the house, I'll bring it down to level 9."

Ten minutes later the new router was hooked up, installed and running purrfectly.

"That was close," I said. "Now do mew want to go tell Amber that it's fixed or shall I?"

"Nah mew go, I don't need the drama!" he said starting to laugh.

I ambled into the library as nonchalant as mew like and looked at Amber sitting in her chair sipping her tea, looking like the sky was about to fall down and the wurld was about to end.

"Do mew want the good news or the bad news furst?" I asked trying not to grin.

She glared at me and stuffed a whole nip cookie in her mouth with trembling paws. She chewed it rather savagely and gulped it down.

"OK I'll choose fur mew, the bad news is the router is toast!" I said and paused as I watched her stuff another cookie in her mouth and chomp it to death. Then I added. "But the good news is we had a new router in stock and it's all wurking fine now."

Cookie crumbs flew effurywhere as she whooped with joy, leapt from the chair and dove at her computer to see if the download and transactions had gone through.

And so Amber's horrendously bugged boggle was finally soothed as she watched the download bar and 7 new books arrived in the library 30 seconds later.

And the moral of today's Pet Peeve is

ALWAYS HAVE A NEW ROUTER ON STAND-BY! MOL

And yes, the siren was promptly turned off and the evacuation cancelled. 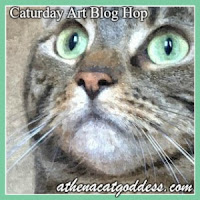 This picture was made with: Prisma - The effect used was: Skateboarder 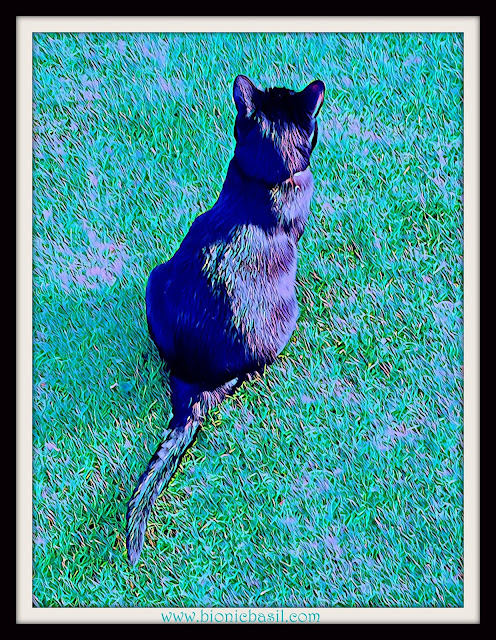 Graphics used under paid licence www.canva.com
Posted by Basil and The B Team ~ BionicBasil ® at 01:00
Email ThisBlogThis!Share to TwitterShare to FacebookShare to Pinterest
Labels: caturday, caturday art blog hop, Fudge, get it off your fur, got a gripe, Mr Sauce, pet frustrations, Pet Peeves, surprise, whats your boggle